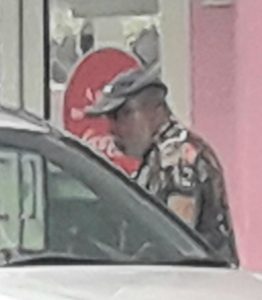 Former Guyana Minister of Health. Dr. Noel Blackman has been released from a United States (US) prison and had returned to his home country ahead of the completion of his 50-month sentence for conspiracy to distribute oxycodone, a controlled substance.

He was sighted leaving a popular Main Street, Georgetown cafeteria on Thursday, December 26.

The US Bureau of Prisons said Blackman, 72, was released on August 23, 2019, after serving two years and three months of imprisonment.

Blackman, who studied medicine and practiced extensively in the US, is not an American citizen. As a result of his conviction, he has also lost his licence to practice in that country.

The former minister under the Desmond Hoyte-led People’s National Congress administration could have been sentenced from 57 to 71 months if the US Easter District Attorney’s office had gotten its way back in 2017.

In addition to the 50-month sentence, the court had also imposed three years’ supervised release and the forfeiture of US$536,200 in illegal proceeds.

Blackman had pleaded guilty on August 24, 2016, after which his sentencing followed. 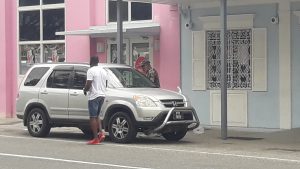 Among those who had written the US Court testifying about Blackman’s otherwise good conduct, was Eugene Gilbert, a former chairman of the PNC’s then youth arm, the Young Socialist Movement (YSM).

US Prosecutors had said Blackman had stated that he believed that some persons had been addicted to oxycodone and yet he had issued 2,487 prescriptions for more than 365,000 30mg oxycodone pills at his pain management clinics.

Blackman had been already aboard a taxiing plane bound for Guyana in February, 2016 when federal authorities ordered the plane to return and took him and his belongings off the flight.