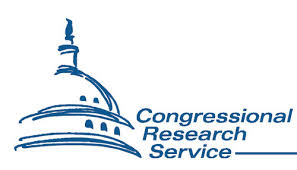 The United States Congressional Research Service (CRS), a think-tank for the United States (U.S.) Congress, says some analysts believe that the David Granger-led coalition is likely to win next year’s general elections.

“Past general elections in Guyana suggest the 2020 race will be close, but some analysts contend the APNU/AFC’s multiparty and cross-ethnic coalition is likely to sustain the Granger government in power,” the CRS said in its December 6, 2019 edition.

Granger’s People’s National Congress Reform (PNCR) is the largest party in A Partnership for National Unity (APNU) umbrella which includes the often vocal Working People’s Alliance (WPA). The Alliance For Change (AFC) is the second largest party in the entire coalition.

The CRS says information in its report should not be relied upon for purposes other than public understanding of information that has been provided by CRS to Members of the U.S. Congress.

The CRS report says congressional interest in the South American country is that “as Guyana approaches its March 2020 elections, some Members of Congress have stressed the need for the plebiscite to be free, fair, and fully transparent, particularly as the next government is poised to gain considerable proceeds from oil. In addition, legislation has been introduced in both houses (the House of Representatives and the Senate) to extend the Caribbean Basin Trade Partnership Act (CBTPA) until September 2030”.

In 2000, Guyana became a beneficiary of the CBTPA, a program that provides enhanced tariff treatment for certain imports from the region, including goods made with U.S. yarns, fabrics, and threads.

The report’s analysts did not give any reason for their forecast that the incumbent administration is likely to win the next polls. Their prediction is in sharp contrast to that of Professor Evan Ellis, who in his private capacity, has said the opposition People’s Progressive Party (PPP) is likely to win.

Professor Ellis has said that given concerns regarding corruption in prior PPP administrations, the United States should embrace and work in good faith with a future PPP government.

At the same time, Professor Ellis advises that the U.S. must do so with its eyes open, holding the PPP to account with respect to its commitments to transparency, democracy, and commitment to free market and the rule of law.

The APNU+AFC coalition has since lashed out at Ellis, saying that he “is a ‘known asset’ of a certain lobbying firm in Washington DC, USA. This firm has a known connections [sic] to the PPP.”

The American Embassy in Guyana has since stated that Ellis’ comments “in no way reflect an official position” of the U.S. government and he had written those “last April before his employment with the U.S. State Department”.

The CRS report notes that U.S. relations with Guyana have improved since the early 1990s, when the government moved away from its socialist orientation and one-party domination of the political system and embraced a market economy and free and fair democratic elections. According to the State Department, U.S. policy towards Guyana centers on democracy promotion and civil society development, economic growth, and the promotion of security and stability.

Under U.S. law, the Congressional Research Service works exclusively for that country’s Congress, providing research and analysis to committees and Members of both the House and Senate, regardless of political party affiliation.