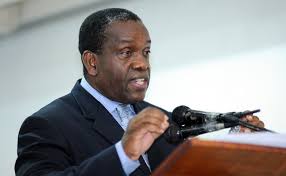 Leader of Dominica’s opposition United Workers Party (UWP), Lennox Linton says he does not recognise the administration of Prime Minister, Roosevelt Skerrit because last Friday’s general elections were rigged as a result of the importation of thousands of overseas-based Dominicans to vote.

The UWP Leader indicates that it is now time to continue the struggle for fresh elections that must be free and fair with a clean list and voter identification cards. “We are saying now to the people of Dominica that we need now to demand fresh elections because, as far as we are concerned, this illegitimate result renders the election null and void and it renders the government null and void. We’ll not recognise this government because it’s the result of a stolen election,” he said on Facebook Saturday night.

Linton, at the same time, argued that the three seats his UWP won, were “properly” secured because his party did not bribe anyone to cast ballots for his party. He claimed that at least 8,000 people were bribed by the Roosevelt Skerrit-led Dominica Labour Party (DLP) by way of plane tickets, ferry tickets and spending money to return home and vote in the December 6, 2019 elections.

“It’s a very unfortunate picture. It’s a picture of Dominicans living in another country, where they are on the direction, under the jurisdiction, under the caretaking of another government, accepting bribe money from the sale of Dominican passports to come to vote in an election in Dominica to decide for the people of Dominica living in Dominica; their brothers and sisters living in Dominica who will be their government and on the same day of the vote they leave via the charters, the planes, the ferries that they came from and they gone back to their overseas locations; there can be nothing fair about this,” he said.

Here in Guyana, Opposition Leader and General Secretary of the People’s Progressive Party, Bharrat Jagdeo recently encouraged overseas-based Guyanese to return and vote in the March 2, 2020 general elections. The governing coalition-backed Guyana election commissioners have been trying to find a method to flag the names of 17,000 persons who have not proven they are alive or are living overseas by collecting their national identification cards. The High Court earlier this year ruled that the names of registrants cannot be removed from the National Register from which the names of persons 18 years and older are extracted to form the voters’ list.

The UWP Leader called on Dominicans to “rise up and stand up” to ensure that those who “stole [the] elections” are “made to pay for it” in the interest of promoting global civilisation and democracy. Skerrit has already accused Linton of being responsible for weeks of political unrest leading up to the general elections, a situation that had prompted the government to call in police and soldiers under the umbrella of the Regional Security System to ensure peace and order. Polling day was, however, peaceful.

The Caribbean Community (CARICOM) observer mission says the elections reflected the will of the people. CARICOM Chairman, St. Lucia’s Prime Minister Alan Chastanet in a congratulatory message says “the results should be accepted in a manner that ensures peace and calm in the country.”

But the UWP Leader expresses concern that advance teams by CARICOM and the Organisation of American States had been told before that overseas-based Dominicans would have been bribed and flown in to vote for the UWP, but did not consider that in their assessment of the elections.

The results show the DLP won 18 seats and the UWP the remaining three seats.

Previous: Guyanese man held at Suriname border with ecstasy, crystal meth – CANU
Next: OPINION: It is reform season: believe at own risk