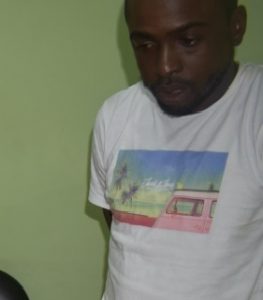 A Guyanese man of Norton Street in Georgetown on Sunday remained in the custody of the Customs Anti-Narcotics Unit (CANU) after he was arrested Friday shortly after he arrived from Suriname with a quantity of ecstasy and crystal meth, the anti-drug agency said.

“[The] Suspect was an incoming passenger from Suriname when he was searched by a CANU rank at the Golden Gloves Speed Boat Service and a quantity of suspected Crystal Meth and Suspected Ecstasy were uncovered in clothing in a haversack he was carrying,” CANU said.

The agency said the crystal meth weighed 254 grams and the 100 ecstasy pills amounted to 56 grammes.

Guyanese authorities have reported that these drugs are finding their way into a number of schools.