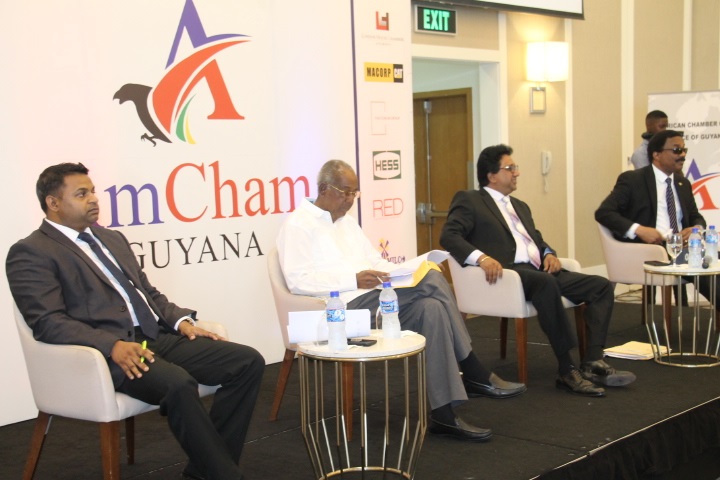 Speaking during a panel discussion organised by the American Chamber of Commerce Guyana (AMCHAM-G) on the topic “The implication of the CCJ (Caribbean Court if Justice) Consequential Orders for Business in Guyana,” Williams said only big multi-million dollar infrastructural projects would be affected. Williams said routine business relations between the government and the private sector were unaffected as they could still tender for contracts.

“There is nothing to impair your entry into a commercial contract with us even at this stage,” he told the well-attended event whose audience included United States Ambassador, Sarah Ann-Lynch, United Kingdom High Commissioner to Guyana, Greg Quinn, former President Donald Ramotar and private sector representatives. 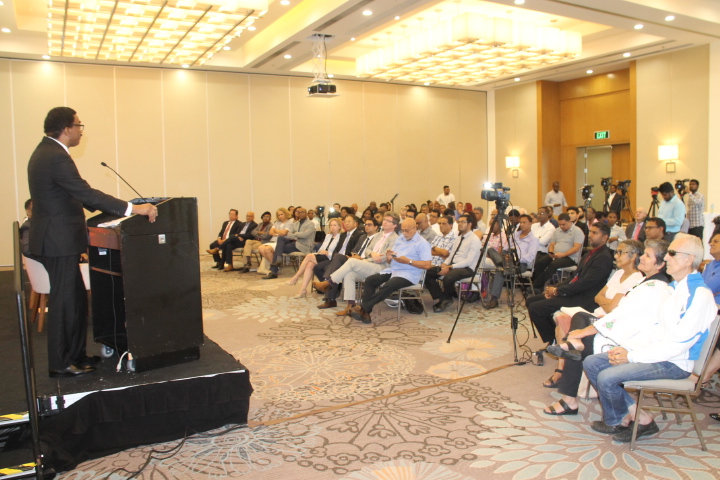 Attorney General Basil Williams delivering a presentation at the AMCHAM-G-sponsored panel discussion on “The implication of the CCJ (Caribbean Court if Justice) Consequential Orders for Business in Guyana”.

Senior Counsel, Ralph Ramkarran said with oil being the biggest pillar of Guyana’s future economic development on a “grand scale”, he did not expect ExxonMobil to be bullish about Guyana’s business climate under a shroud of uncertainty. Hardest hit, he indicated, are expected to be large, medium and small local content providers many of whom are establishing businesses.

“Do you seriously think that a major company like ExxonMobil or one of the others will seriously want to promote business or engage in business – and this is billions of US dollars – in a country that has a government that is unconstitutional, not supposed to be in office or has legitimate questions as to its status and its stability? Don’t you think that ExxonMobil will want to hold back and if ExxonMobil holds back, don’t you believe that will do enormous damage or harm to our economy, not only to its growth and its economic stature?” asked Ramkarran who is the General Secretary of the recently formed A New and United Guyana (ANUG) political party.

He cautioned that Guyana was “in great jeopardy if this government does not call elections by September 18 or talk to the opposition and get an extension of time”. “Guyana will be in great economic and political jeopardy,” he said.

Speaking from the floor, President of the Central Corentyne Chamber of Commerce, Mohammed Raffik lamented the decline in business by about 35 percent in Berbice – where about 5,000 sugar workers were laid off – this year compared to the same period last year. “Nothing seems to be happening in that part of the country. This no-confidence motion on December 21st has put this country at a standstill,” he said. He said the only solution after the passage of a no-confidence motion was to call an election. 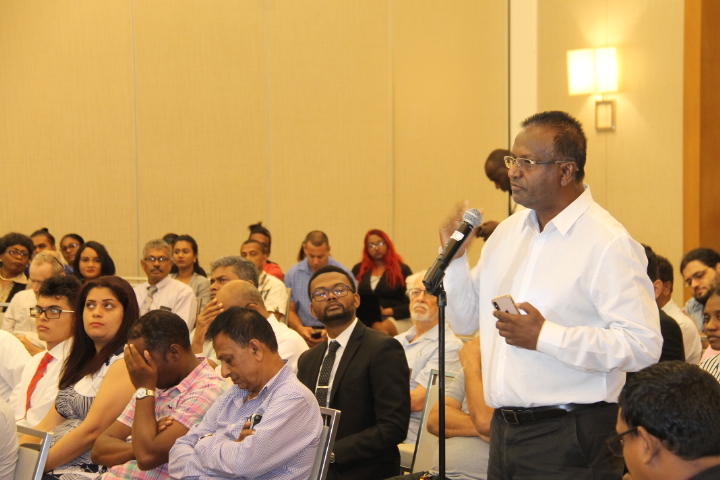 President of the Central Corentyne Chamber of Commerce, Mohammed Raffik

The opposition People’s Progressive Party (PPP) continues to maintain that it would not lend its support for a two-thirds parliamentary approval for an extension of the life of the government by which general elections should be held. Government, however, insists that elections must be held with a brand new voters’ list generated from house-to-house registration instead of merely a claims and objections period for the now expired list.

Former Attorney General, Anil Nandlall warned that if general elections were not held by September 18, Guyana would descend into anarchy and the government would be unable to protect citizens including businesses. He noted that already the Georgetown Chamber of Commerce has reported a decline in business activity since the no-confidence motion was passed by the National Assembly and the ensuing legal battles.

The Caribbean Court of Justice (CCJ) in July highlighted that Guyana’s constitution provides for the President, Opposition Leader, Parliament and to some extent the Guyana Elections Commission to set an election date or extend the deadline beyond three months as well as decide on the list to be used.

Previous: Chief Justice to rule on house-to-house registration next week
Next: President remains in office until next elections if no PPP support for House extension -AG