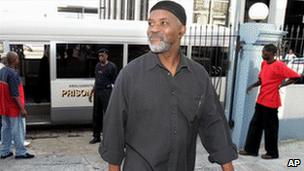 The opposition People’s Progressive Party (PPP) has roasted government for passing a tribute motion in the National Assembly for former lawmaker, Abdul Kadir, who was convicted by the United States (US) for terrorism-related charges and later died in a US prison.

“The use of the National Assembly, Guyana’s highest decision-making body, to honor the People’s National Congress (PNC) former Member of Parliament, who was convicted in the United States for plotting to blow up the John F. Kennedy International Airport, is another act of betrayal of democracy and the rule of law as it is clearly not reflective of the will of the people of Guyana. Guyanese are known as peaceful and law-abiding citizens, at home and abroad,” the PPP said in a statement.

This is the first time the PPP is registering its concern about the motion because it boycotted last Friday’s sitting of the National Assembly.

In condemning the motion which was in the name of Housing Minister, now Minister of Rural Agriculture, Valerie Patterson-Yearwood, the opposition party said the motion is now a blot on Guyana’s parliamentary record and the country as a whole.

“The use of a Parliamentary Resolution is now an indelible stain on our people and national character that will not easily be forgiven or forgotten by those who have suffered at the hands of international terrorism,” the PPP said.

The PPP used the opportunity to accuse the government of having a record of siding with notorious criminals such as Linden “Blackie” London whose coffin was infamously draped with Guyana’s national flag, the Golden Arrowhead. The PPP charged that in addition, the five prison escapees who wreaked havoc and were responsible for murder, mayhem and an unprecedented crime wave, were dubbed ‘freedom fighters’ by many leaders of the PNC.

The motion states that “Be it resolved, that this National Assembly records its deep regret on the death of Mr. Abdul Kadir, on 28th June, 2018, and pays tribute to his dedicated service to the Parliament of Guyana as a Member of Parliament where he served in the Eighth Parliament, from 17th April, 2001 to 2nd May, 2006, and to the people of Guyana.”

The PPP said the Lindo Creek Commission of Inquiry (COI) was aimed at “exonerating” Rondell “Fineman” Rawlins from the killing and burning of several miners in that remote Upper Berbice area in 2008. “All of these actions show a pattern of association and glorification of homegrown terrorists,” the PPP added.

The then PPP-led administration had been consistently accused by the now governing coalition parties of sponsoring a death squad to go after violent criminals.

Patterson-Yearwood, in paying tribute, credited Kadir with providing “dedicated service” to the Parliament from April 17, 2001 to May 2, 2006.

The Guyanese politician died in a US prison on June 28, 2018  at the age of 56 and was buried in Guyana on July 12, 2018. Kadir, a chemical engineer, was also a former Mayor of Linden from 1994 to 1996, an engineer in the bauxite industry and the Guyana Water Inc and member of the bipartisan parliamentary Natural Resources Committee.