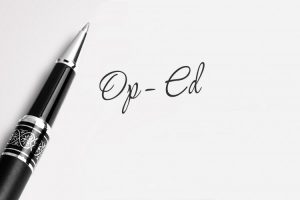 The opposition People’s Progressive Party (PPP) is at a historic period of picking a presidential candidate who will be his ‘own man’ and not be a puppet of its maximum leader, Bharrat Jagdeo. That process begins on Thursday, 27-December-2018.

He was gerrymandered and catapulted into the presidency, general secretary and opposition leader by a motley crew of self-serving minority personages who benefited from the largesse of the State and harbour deep secrets for Jagdeo and themselves.

In all likelihood, the PPP will win the next general elections whether this year or in 2020 because the coalition has failed to deliver on 98 percent of its promises to the working class. If the government splurges National Budget in 2020, it will be seen for what it is: political bribery for votes!

Out of his mouth earlier this week, Mr. Jagdeo made it absolutely clear that he has no qualms publicly scolding a PPP President of Guyana if he does not stick with the party’s manifesto. Whoever and who dared scold Jagdeo when from 1999 to 2011 he presided over numerous failed manifesto promises?

Mr. Jagdeo, the time has come for you to shed your dictatorial and coercive cloak and allow true democracy to flow in the Executive Committee and the Central Committees to freely elect Dr. Frank Anthony as the PPP’s presidential candidate.

Dr. Anthony is a sincere grassroots PPP supporter who was schooled in the New Global Human Order teachings of his party’s Founder-Leader, Independence fighter and nationalist Dr. Cheddi Jagan. Though schooled in Marxism-Leninism, Dr. Anthony is by far the most pragmatic in delivering market-oriented policies for the working class.

Dr. Anthony is also widely respected and recognised by the international community because he is not tainted or  blemished by perceptions of or actual criminal allegations or records against his name. His name has never been featured in any corruption scandal that has caught the attention of the Financial Intelligence Unit or the Special Organised Crime Unit.

He comes from deep family traditions, and is known to be a committed husband and father. His track record as a family man is unquestionable and is actually on par with that of the incorruptible President David Granger.

When it comes to his relationship with people of all classes and strata, he is a natural fit across the political and racial divide. He is who Guyana needs to engage all political parties, government and non-governmental organisations in forging true national unity to properly spend revenues from oil, natural gas and other exhaustible natural resources.

Dr. Frank Anthony cannot do it alone though!

He needs a hardworking team with safeguards that will not consume, morph or undermine him into a Jagdeo-like persona.

Although Comrade Frank can win the general election on his own, it is better for the PPP to go into the elections with a united front with a team that includes Vindhya Persaud, Anil Nandlall, Charles Ramson Junior and two others, one of whom must be the Prime Ministerial candidate, from the private sector or civil society.

Guyana needs a president who will be his ‘own man’ and not clinging at the shirt tail of Mr. Jagdeo for fear of being publicly upbraided.

The Central Committee of the PPP now has the best opportunity ever to unite for the good of a united Guyana and return that party to its founding working class principles.

A word of advice Doctor Jagdeo: Scold how much you want, there is no room for a backroom president. The Executive President of the Cooperative Republic of Guyana, as you well know, constitutionally wields immense power to hire and fire.

Being able to re-galvanise the PPP’s Indian base, attract a few Afro-Guyanese and win the popular vote at this year’s local government elections does not automatically give the God-Given right to bully the other members of the Central and Executive Committees into voting for his choice.

2018-12-26
Denis Chabrol
Previous: Britain, Caricom join US in telling Venezuela to back off from Guyana’s territory
Next: Brazilian farmer killed in Rupununi; one arrested