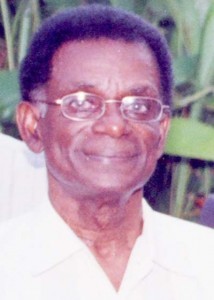 The Head of the State Assets Recovery Agency , Professor Clive Thomas says evidence from international law enforcement agencies have revealed a “massive scale of corruption and money laundering” during the period that Bharrat Jagdeo served as Guyana’s President.

“Documents received from external Law Enforcement Agencies such as Interpol, Homeland Security and CFATF (Caribbean Financial Action Task Force) have shown the massive scale of corruption and money laundering during the late 2000s to the mid 2010s,” Thomas said in his letter to Opposition Chief Whip, Gail Teixeira dated April 19, 2018.

Responding to Teixeira’s letter in which she stated that Jagdeo would boycott Thursday’s symbolic anti-corruption walk organised by SARA, the SARA Director also suggested that the People’s Progressive Party’s (PPP) has failed to submit formal complaints about alleged corruption by functionaries of the David Granger-led administration. “I also acknowledge receipt of the complaints in your letter. Several of them have been reported in the media, but contrary to popular political belief, SARA does not and cannot initiate investigations
without first receiving a complaint such as yours, in keeping with international best practices processes designed to ensure transparency, fairness and legal appropriateness,” he said.

Professor Thomas noted that SARA was established in 2017 as a follow-on from Guyana, through Jagdeo, becoming a signatory to the United Nations Convention on Corruption in 2008, but the then government had done nothing much to set up the required institutions. “Little, if anything, institutionally was done between 2008 and the mid 2010s to ensure “corruption is everybody’s business” until the SARA Act of April 4, 2017, just over a year ago. This took place in spite of numerous annual reports over the last decade made by local, as well as external bodies like the United Nations Drugs and Crime Office, the US State Department in its “International Narcotics Control Strategy Report” and annual Transparency International reports. These have depicted Guyana as one of the most corrupt nations in the world,” Thomas told Teixeira.

The SARA Chief informed Teixeira, who is former presidential advisor on governance, that SARA, an independent agency, “does not and cannot pursue criminal cases or put individuals in jail”. Noting that that is the work of the Special Organised Crime Unit, Guyana Police Force and the Director of Public Prosecutions, Thomas said recovering state assets takes a long time. “SARA’s mandate is to recover State assets through civil recovery and not through criminal recovery. In many cases, some of which are mentioned in your letter, SARA has to await criminal proceedings which take precedence, before engaging in civil recovery, making the life cycle of civil recovery delayed.”

While SARA welcomed the Opposition Leader’s support to fight corruption in keeping with the Inter-American Convention Against Corruption, the United Nations Convention Against Corruption and the International Covenant on Civil and Political Rights, Thomas said his agency was “greatly disappointed” that Jagdeo would not participate in the walk with members of the diplomatic community, religious leaders, the private sector and several civil society organisations.

SARA looks forward to reducing and eliminating corruption through public awareness efforts such as the first ever “symbolic walk”. There will be many other public engagements with civil society, schools, ministries, the private sector, as well as religious and community organisations. The goal is to repel procurement fraud, stolen state assets, corruption so that, Guyanese of all walks of life, can be assured their roads, national patrimony, gold and other state assets are used for the betterment of all Guyanese,” he said.

The SARA Director thanked Teixeira for publicising the march through her timely response and public engagement.