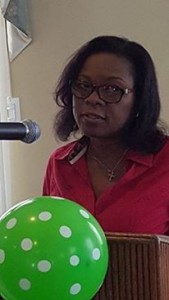 Restaurants and other eateries across Guyana will soon be required to state the amount of energy each food item provides to consumers, as part of efforts to ensure that people do not fall prey to non-communicable diseases, Deputy Chief Medical Officer of Health, Dr. Karen Boyle said Wednesday.

Addressing the opening of a seminar for food handlers organised by the Food and Drug Department of the Ministry of Public Health, she suggested that Guyanese needed to guard against the increasing use of fast foods because they cheap but unhealthy.

She said displaying the caloric content of the menus would allow consumers to make informed and healthy choices and know what they are putting into their bodies.

“We are also moving to the point where we are going to want to have food industry, restaurants to be able to demonstrate what are the caloric values of the menus they have. People must again be able to tell, when they look at the menu, how much calories am I going to be taking in by this particular menu as against maybe another one,” she said.

Boyle noted that in other parts of the world, richer persons were becoming increasingly susceptible to non-communicable diseases,  antibiotic resistance because of the growing consumption of genetically modified produce and meat from animals that consumed antibiotics. “The amount of the antibiotics that we are exposed to is not enough to treat anything that we have but what it does do is that it allows us to now develop resistance so that when we are suppose to use antibiotics to treat some disease that we have, the antibiotics would not work,” she said. 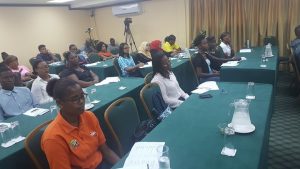 She called on manufacturers to ensure that satisfactory standards of hygiene are used in food preparation.

The Deputy Chief Medical Officer said the Public Health Ministry wants the private sector to pay greater attention to the health of consumers instead of only generating profits. “The Ministry of Public Health recognises the importance of private enterprise in the development of the country and the creation of jobs. We recognise the private sector as the growth engine of any free market economy. However, the need for profit must be balanced with the need to protect the health and safety of the public,” she said.