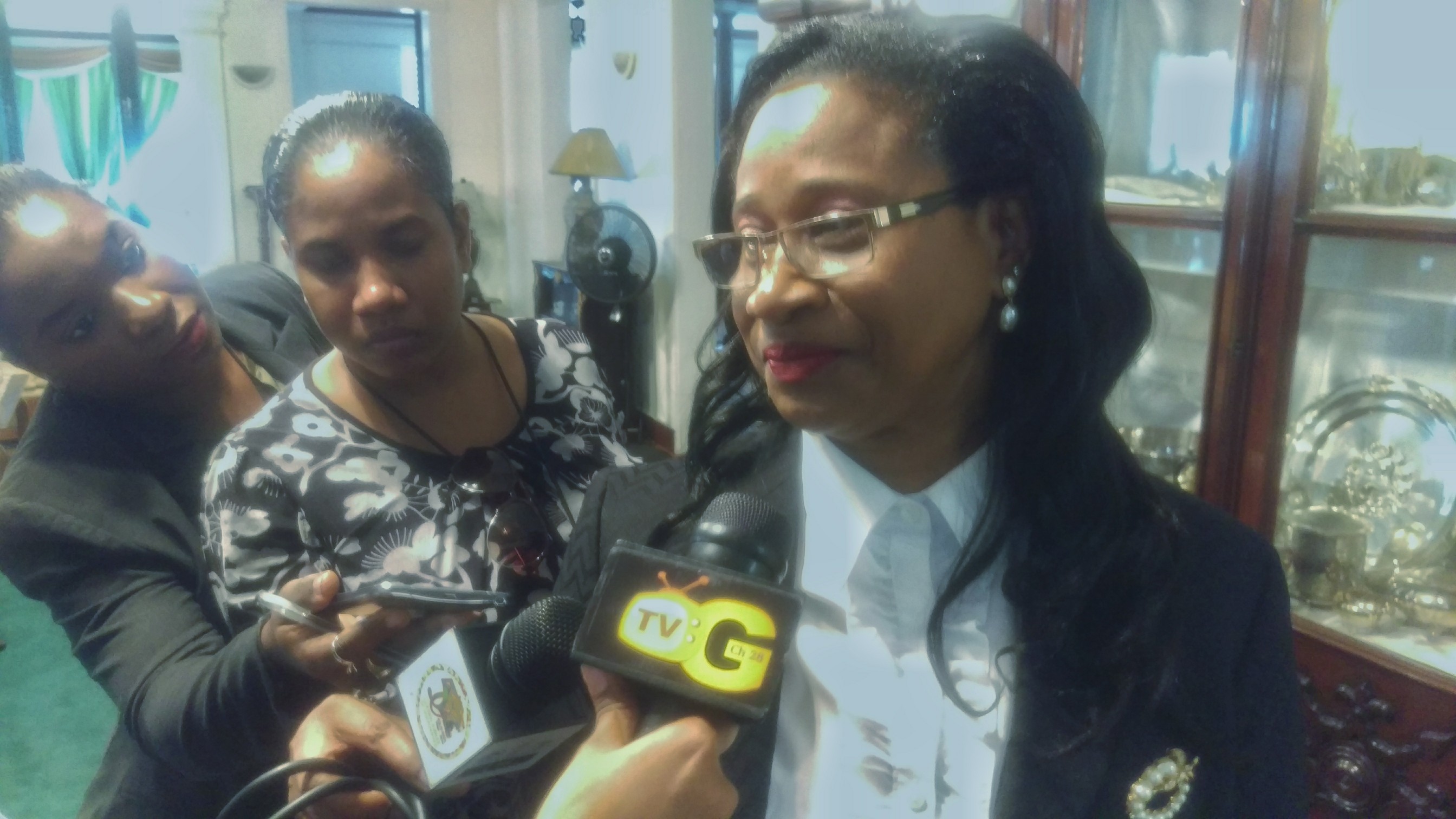 A statement has been submitted by Justice Franklin Holder in the matter regarding an alleged threat, and the Judiciary will issue a statement to the press corps in a matter of days.

Newly sworn-in acting Chancellor of the Judiciary, Yonette Cummings-Edwards, confirmed to Demerara Waves Online News that a statement will be made within the next few days.

Cummings-Edwards would have been briefed about the matter while she was serving as acting Chief Justice, and now as acting Chancellor.

“An official report will be given to the media shortly as soon as everything is completed,” the Chancellor said.

After a recent hearing of a fraud trial against public service commissioner, Carvil Duncan, an allegation was made by former attorney general and Duncan’s lawyer, Anil Nandlall, that a threat was made against Justice Holder by Attorney General Basil Williams while the trial was ongoing.

Nandlall alleged that Williams questioned whether the sitting judge was recording information correctly.

The allegation went on that Justice Holder took offence to the statement, for which Williams responded that the last magistrate which did that to him ended up dead.

Justice Holder then reportedly stormed off the bench without adjourning the matter.

Nandlall initially made the allegation on his facebook page, which then caused the Attorney General to deny allegations of a “threat” made against Justice Holder.

Williams, during a press conference last Friday at the National Communications Network (NCN), sought to clarify his “dead magistrate” comment.

The AG said, in effect, that his words were misconstrued and that they ought not to be taken as a threat.

Meanwhile, newly sworn acting Chief Justice, Roxanne George, told the press corps today that she is aware the matter is being dealt with.

“Usually judicial officers don’t make any comments, and on an issue like this which is also sub judice, I wouldn’t want to say much except that it is being dealt with,” Chief Justice George said briefly.

2017-03-28
Derwayne Wills
Previous: East and West Front Road squatters to be relocated
Next: Police called in at Suddie Hospital to probe disappearance of drugs