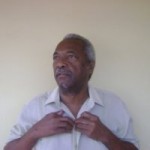 He passed away at his home in Meadowbrook, Georgetown last Friday, August 12, 2016 at the age of 72.

The NIS spokeswoman said management was planning a night of tributes ahead of his funeral scheduled for next week Thursday.

In recent years, Mr. Martinborough had not been well but still managed to last year author and launch a book titled “The NIS in Guyana:  It’s Conception Development and Future.” Up to the time of his passing, he had been planning to write another book.

Opposition Leader, Bharrat Jagdeo on Tuesday hailed Martinborough for his contribution to the development of the NIS.

The Office of the Leader of the Opposition regrets the passing of Mr. Patrick Martinborough, retired General Manager of the National Insurance Scheme (NIS). He had served the NIS from 1988 to 2007.

As the General Manager in 1992 when the People’s Progressive Party Civic (PPP/C) took office, he worked assiduously with the Board headed by Dr. Roger Luncheon to sustain steps to bring NIS policy and administration into the modern era.

Mr. Martinbourough will always be remembered for his strong support for the PPP/C Government’s successful efforts to transform the financial sector, particularly budgetary control and fiscal considerations during the early years of economic recovery in Guyana.

Mr. Martinbourough will also be long remembered for his leadership qualities of integrity, humility, servility and loyalty in public office, inspiring generations of NIS staffer.

The Office of the Leader of the Opposition extends its deepest condolence to the grieving survivors’ of the Martinborough family at this time of his passing. May his gentle soul rest in peace.