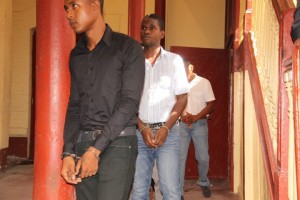 City Magistrate, Judy Latchman granted the members of the Guyana Police Force their pre-trial liberty  after Police Prosecutor Shellon Jupiter did not oppose bail, only saying that it should be substantial and that there should be other conditions.

Lance Corporal Mark Fernandes and Constables Raphael Lowenfield, Akeem Thompson, Kori Arthur and Delroy Duncan pleaded not guilty to the charges of robbery after they agreed with an application by the prosecutor for the cases to be trialed summarily instead of by a High Court judge and jury.

Initially, the indictable charges were read to them and they were not required to plea. 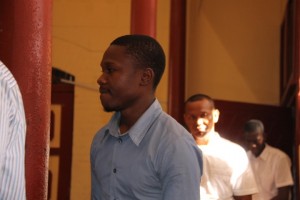 Magistrate Latchman granted each policeman GYD$200,000 bail on each of the three charges and ordered that they report to the Officer-in-Charge of the Criminal Investigations Department Headquarters of the Guyana Police Force every Friday at 3 PM.

The policemen have to return t court on August 15, 2016 when statements are expected to be provided. 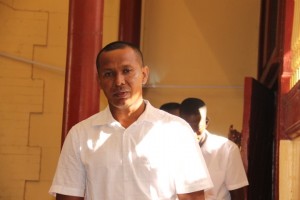 When the names of the miners were called, they did not show up in court.

Defence Lawyer, Patrice Henry noted the absence of the miners, saying that he believed that if they were to appear in court they would implicate themselves by having to explain how they had acquired the precious yellow metal.

Henry told the court that the policemen were on patrol duty when they received certain information via a radio communication system that they should go to the Cheddi Jagan International Airport where they would see suspects who had stolen raw gold. He said the suspects were searched, nothing found in their possession and they were sent away. 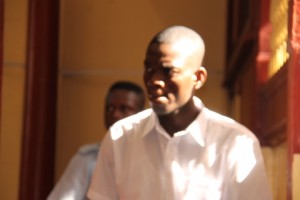 However, three days later, according to the lawyer,  the miners alleged that the policemen had robbed them. The lawyer said nothing was found in possession of his clients.

Prosecutor Jupiter’s account was that the men were searched at Camp Stephenson, Timehri.

The policemen were in the dock shackled.