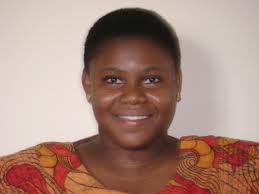 A University of Guyana Lecturer has invented technology that could use cactus to help deal with oil spills.

Lecturer in the Department of Chemistry, University of Guyana, Dr Dawn Fox, has been listed as an inventor on US Patent 9,163,374 issued October 20, 2015, the institution announced Tuesday.

“The patent was issued for an innovative technology: using cactus mucilage as a dispersant and absorbant for oil in oil-water mixtures,” said UG in a statement.

She shares the honour of co-inventor  with Drs. Norma Alcantar (lead investigator), Sylvia Thomas and Ryan Toomey, all of the University of South Florida (USF).

The BP Deepwater Horizon oil spill in the Gulf of Mexico in 2010 was recognised as the worst in US history.  It fuelled a surge of research into absorbant and dispersant materials to clean up affected areas.  The present invention consists of employing cactus mucilage as the active ingredient.  Cactus mucilage is an extract from the tuna cactus (Opuntia ficus-indica) also known as nopal.  The mucilage is a natural hydrogel polysaccharide found in many water storing succulents including aloes and slimy vegetables.  It swells in water but remains insoluble and is able to precipitate bacteria, suspended solids and ions from water.

UG explained that conventional chemical clean-up of oil spills utilizes dispersants that reduce the surface tension of water allowing oil and water to mix; this is emulsification.  This causes the oil layers to break up into smaller droplets allowing more efficient biodegradation.  In laboratory trials, the mucilage showed ability to both disperse/break up oily layers as well as to absorb oil from oil-water mixtures.  Both methods of action are critical for targeting oil slick.  Dispersal allows gases to dissolve in the water bodies which would reduce fish kills.  The mucilage stays afloat while absorbing the oil layer which facilitates the ultimate physical removal of the oil-mucilage complex.  This material is environmentally-friendly and readily available which make it an attractive alternative for a competitive technology to clean up oil spills.

Dr  Fox worked on this research during her doctoral studies at USF.  For her dissertation, she investigated the mucilage’s ability to remove arsenic from water both directly and as part of a hybrid system with ferric salt.  She completed her PhD in Chemical Engineering in 2011 and returned to lecture in the Department of Chemistry, University of Guyana.  Her current research interests are in water remediation, materials engineering for environmental applications and developing sustainable, indigenous technologies.

The university congratulates Dr Fox on her achievement. She has made the institution proud.