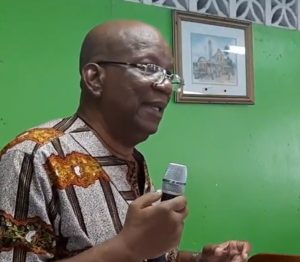 Former Finance Minister Winston Jordan on Sunday recommended the creation of an African Development Fund and urged the government-funded  International Decade for People of African Descent Assembly – Guyana (IDPADA-G) to conduct a data-driven scientific study on the social and economic plight of Afro-Guyanese.

While IDPADA-G has conducted an analysis of the historical condition of enslaved Africans and their descendants, Mr. Jordan said that organisation needed to conduct a detailed study of that segment of the population whose socio-economic condition is qualitatively regarded as “dismal and cries out for recognition, justice and redress.”  “As a matter of utmost priority, I am tasking IDPADA-G  to undertake a comprehensive study of the status of African Guyanese. I don’t know how eight years plus and IDPADA-G has not undertaken a study, in this decade, of the plight of African Guyanese. I’ve seen lots of reports but it’s a lot of wordy-wordy wordsmith reports. It doesn’t have the information. It’s not too late for IDPADA-G to use some of the money that they are getting to employ somebody to do that study,” he said.

Mr Jordan said the findings of such a study should be used to influence “intentional policies” by the government to address inclusion and exclusion. He supported repeated calls by political commentator, Ravi Dev, for there to be social impact assessments.

Other recommendations included the establishment of an African Guyanese Development Fund similar to the Amerindian Development Fund with a start-up capital of GY$5 billion and annual inflows of GY$3 billion until  2024 when the United Nations-led International Decade for People of African Descent ends. After then, he said the fund should be replenished with GY$2 billion annually until 2040 when the contribution should be reviewed.

The former long-serving Ministry of Finance Budget Director observed that  Afro-Guyanese wealth “barely exists” and “widened markedly” during the 1980s-2000s when their wealth and income were ‘decimated” due to the Structural Adjustment Programme which had seen the layoff of thousands of government workers who are mostly Afro-Guyanese. He noted that in 1985, there were 75,947 public sector workers, excluding the security sector, but by 1992 that number had dropped to 63,689 persons of which 17,062 were in the central government, down from 28,686 in 1985.  “If you consider that the public sector is largely of African Guyanese, that’s nearly 40 percent of African Guyanese in the public sector who would have been out of a job and, therefore, had consequences for incomes, generational wealth, community savings and so forth,” he said. Mr. Jordan further stated that by 1999, employment in the public sector had further declined from 17,062 in 1992 to 12,024 marking a further 30 percent decline. “So you could understand- no income, no wealth,” he said. 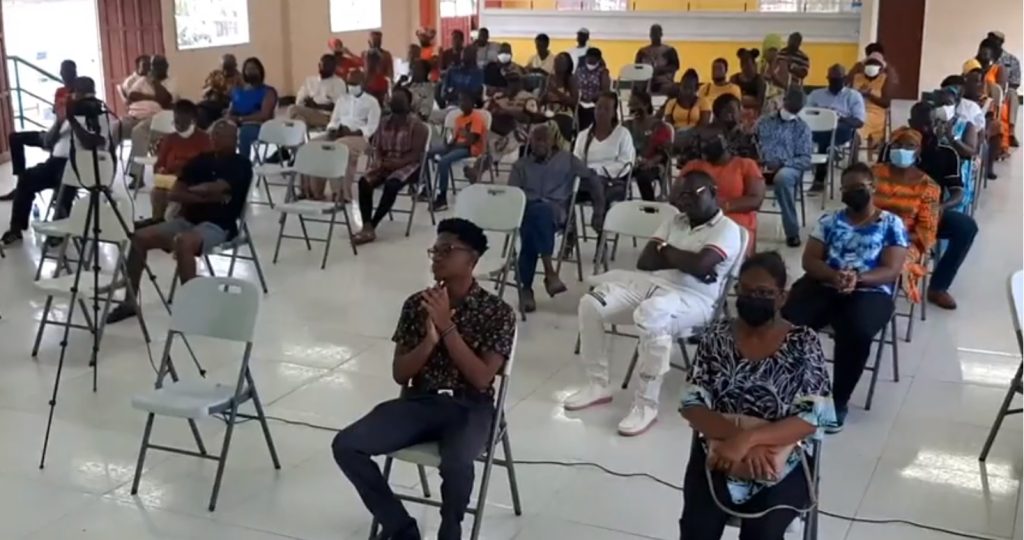 That, he said, was compounded by claims that Afro-Guyanese prefer to consume most or all of their income rather than save, do not like to take risk to use savings;  breakdown of families leading to single-parent households, women with multiple relationships to feed their multiple-fathered children and absentee fathers, and women in low-paying jobs  who are sexually exploited.

Responding to persistent questions about what the A Partnership for National Unity+Alliance For Change (APNU+AFC) coalition administration, in which he had been Finance Minister, had done for Afro-Guyanese, Mr Jordan said cooperatives were revitalised, amendment of the procurement legislation to facilitate opportunities for small businesses, as well as introduced job-creation initiatives such as the Sustainable Livelihood and Entrepreneurial Development (SLED) programme, Linden Enterprise Network (LEN) programme that allowed access to grants with mentorship, and the “rapid” increase in the minimum wage by about 70 percent. He added that the National Youth Corps, financing of IDAPDA-G and a rural agricultural development project that had targeted Triumph, Buxton, Ithaca and Mocha. He said the project in those villages appeared to have collapsed.

He explained that that agricultural project had been a successor to a similar project that had targeted East Indian villages  such as Parika, Ruby and Onverwagt.

The 2012 National Census shows that East Indians make up 39.8 percent of Guyana’s population, Africans 29.2 percent and Mixed 19.9 percent and Indigenous 10.5 percent and less than 1 percent identifying as Europeans, Portuguese and Chinese.