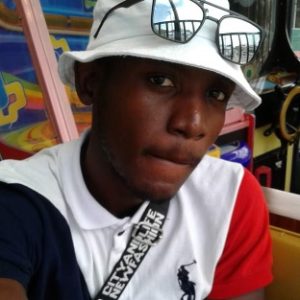 The man wanted for Wednesday’s murder of East Coast Demerara conductor surrendered to police at the Brickdam Police Station in the company of his lawyer hours later.

Police said that they were pelting each other with broken bottles and bricks. Eventually, their disagreement escalated and Mr. Lynch allegedly stabbed Nurse with a knife to his left side chest.

The victim ran a short distance before falling to the ground, while the suspect escaped in a minibus.

Police said that Nurse was picked up and taken to the Georgetown Public Hospital Corporation where he was pronounced dead while undergoing surgery.