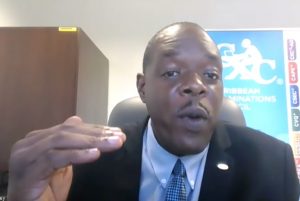 He said the examinations would start on June 28 with release of results during the last week in September to the first week of October. In order to ensure that results become available for students who have been accepted to universities, he said additional markers have been hired. Dr. Wesley said a meeting is to be held with a number of United States universities to  apprise them of steps CXC is taking in the circumstances.

Dr. Wesley said all of the papers would be administered in their original formats. 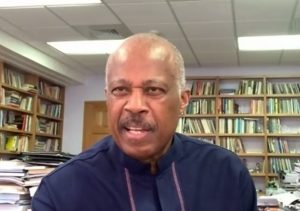 CXC Chairman, Professor Hilary Beckles said some countries wanted delays ranging from three to five weeks, but there was need for “practicality.” “The majority of the countries were saying we are ready now and we don’t want any delay,” he said.

CXC officials said the views by the Caribbean Community’s (CARICOM) Council for Human and Social Development (COHSOD), Ministers of Education, Permanent Secretaries and the Caribbean Union of Teachers as well as a number of students were taken into consideration. “We heard you and this is what we are going to do and we ask you to approve what we are going to do,” Professor Beckles told the news conference.

Dr. Wesley said CXC has also extended the deadline to May 31, 2021 for candidates to defer sitting exams and CSEC and CAPE candidates would now have until June 30, 2021 to submit them.

The Registrar said CXC would by Friday release the findings of a review of the topics that were released on May 10,2021 to ensure “there is full clarity on what has been submitted in terms of the broad topics.”

Dr. Wesley added that further consideration to the psycho-social impact of the COVID-19 and volcanic situation in St Vincent and the Grenadines during the grading to “ensure that they are not disenfranchised.

The CXC Chairman said there would be a “special carve-0ut” for candidates in volcano-affected St Vincent and the Grenadines.

The Registrar said the Council has “contingency plans” to respond based on the needs such as worsening COVID situation or natural disasters.

He said candidates could  write the exams electronically and so territories would have to submit a request. The official figures so far show that 1,539 CAPE candidates and 17,343 CSEC candidates have been registered for E-testing across 11 territories.