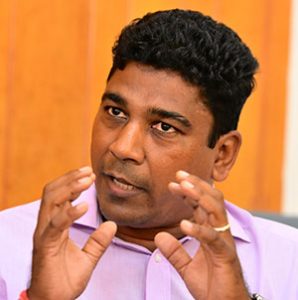 President Irfaan Ali on Wednesday announced that a board member of the State-owned Guyana Oil Company (GUYOIL) and an employee have been ordered removed because of “inappropriate” communication about possible plans to import emergency fuel supplies for the Guyana Power and Light (GPL).

“We have also made it very clear that all those who had inappropriate contact must be removed,” he told a news conference.

Dr. Ali, however, said “no fraud was committed because no transaction was entered into.”

He said Board Director Akanni Blair and GUYOIL Chief Financial Officer, Sean Persaud would be removed based on findings of an internal investigation. “I have asked that the Board member Blair be removed and the staff…that staff will be removed because he was on probation,” the President said.

Touching on former GUYOIL General Manager, Trevor Bassoo, the President ruled out Bassoo returning to the company.  “There was a performance evaluation adopted and the CEO (Chief Executive Officer) was asked to go on leave because of a performance-related matter. He subsequently resigned because of that. He stays resigned.” 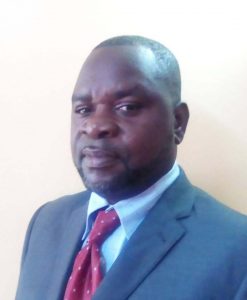 The President said there was need for a review of the fuel purchasing system to ensure that it is “rigid and strong enough at every tier” to deal with potential or attempted fraud by individuals or the company.

Aaron Realty Inc. has claimed that it had imported a large quantity of fuel, based on a verbal understanding with officials of GUYOIL, to supply the Guyana Power and Light (GPL).

Mr. Blair was a People’s Progressive Party (PPP)  Chairman in Linden but almost two years ahead of the March 2, 2020 general and regional elections he switched allegiances and opted to join A New and United Guyana (ANUG).

Blair had been appointed a GUYOIL Board Member in September 2020.

2021-04-28
Denis Chabrol
Previous: GPL workers agitating for settlement of salary dispute
Next: Owners, managers may be charged with flouting COVID measures; stiffer penalties in the works