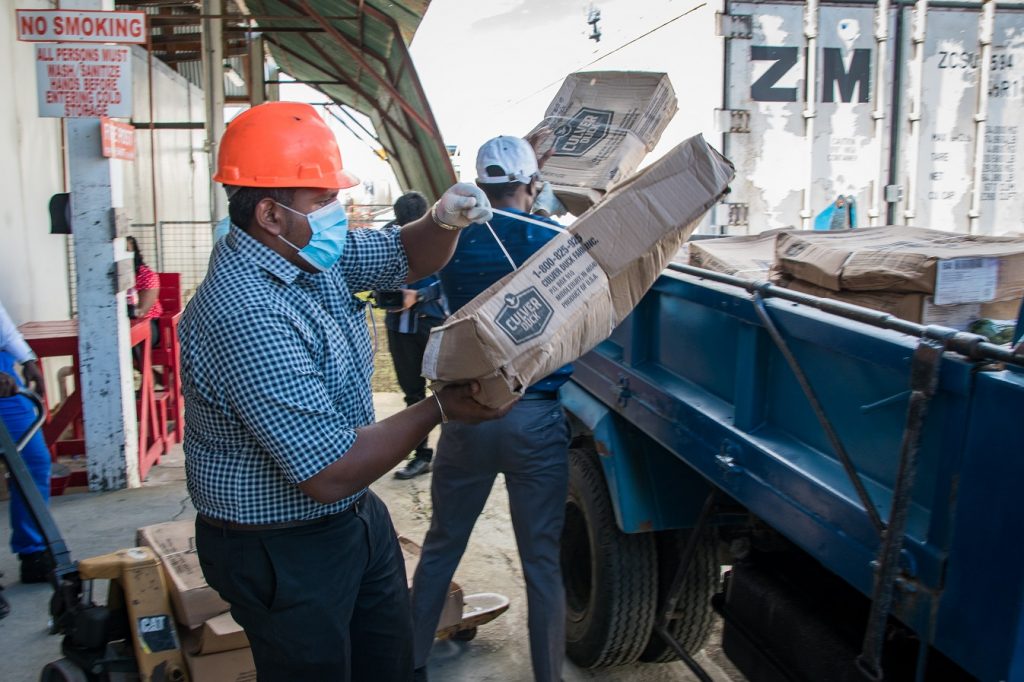 The expired duck meat being transported to be dumped

The Guyana Livestock Development Authority (GLDA) and the Ministry of Health on Monday seized 483 pounds of undocumented and expired packaged duck meat from a city business.

While the shipper’s name has not been revealed, the items were imported from the USA.

Dr. Ozaye Dodson, the Ministry’s Director of Veterinary and Public Health, said the GLDA notified his department of the product being sold in major supermarkets. The items are not documented and, therefore, are not wholesome for human consumption in Guyana, noted Dr. Dodson.

“We will have to take steps, with seizure and condemnation have to occur. We are here to carry out that activity and we are hoping that it will actually allow the country to know that we have their safety at heart, when it comes to items not produced locally,” Dr. Dodson was quoted as saying by government’s Department of Public Information (DPI).

The goods will be confiscated in accordance with the Animal Health Act and the Public Health Ordinance, officials said.

He explained that the GLDA is responsible for issuing the ‘no objection letter’ if a request is made to import meat product or live animals. The application includes the country of origin and the quantity.

“The GLDA will analyse the procedure. We do a general risk assessment to identify what disease may be prevalent in relation to that particular meat and if we are satisfied, and there is no risk to our local population or animals, we issue the ‘no objection letter’. The letter will then go to the Public Health Department of the Health Ministry and they will do the additional requisite procedure,” Dr. Halley said in the government news release.

Deputy CEO, Dr. Dwight Walrond, said the Animal Health Act is clear and business owners are aware of its content. The GLDA will not compromise on public health.

“We have a population who depends on us to protect them and we have to do whatever it takes to ensure that the population’s health is protected, and we will do that without any fear or favour,” Dr. Walrond added. The expired goods will be dumped and the inspection will continue.