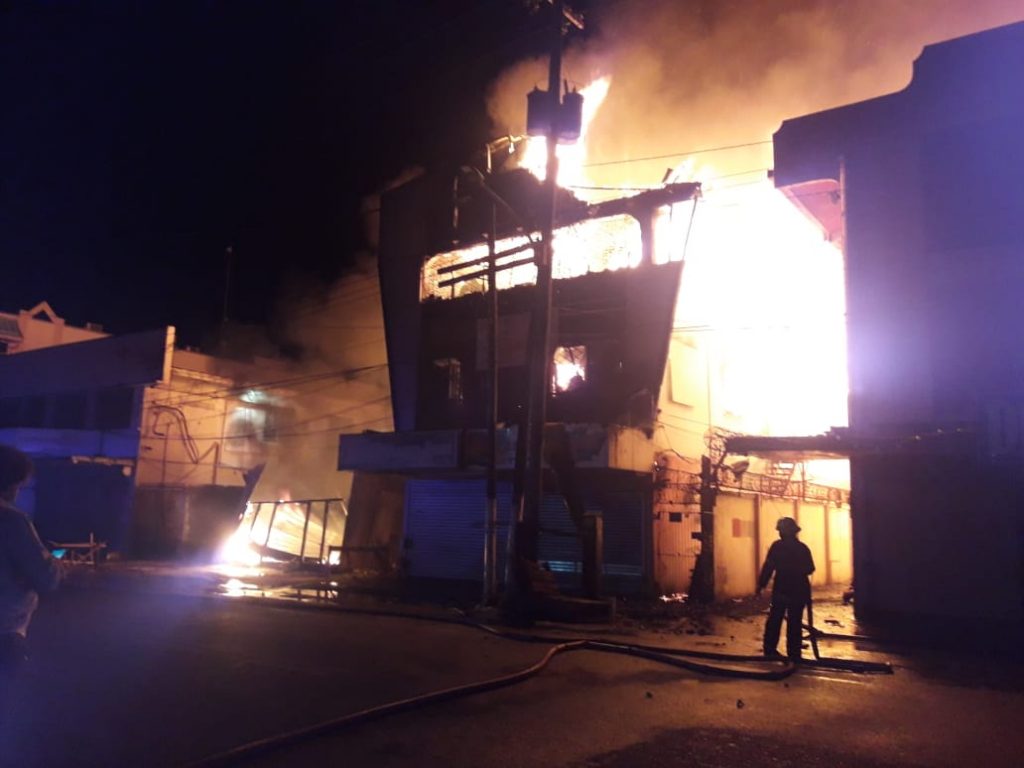 The fire destroying the building immediately east of Dhoray’s

Just one hour after receiving a call, firefighters contained a raging blaze from burning a third building on Regent Street between Camp and Wellington Streets, Georgetown.

“I’m satisfied that a great effort has been made by the fire service and also by the police in keeping control of the area,” said Minister of Home Affairs, Robeson Benn, adding that it was important to save the buildings also because the fire would have potentially spread to the GuyOil gas station that is located immediately west of the Dhoray’s Building.

At about 9:29 PM, a firefighter told storeowners that the building housing Dhoray’s was saved, except for a scorched wall and broken glass.

Quantities of items are also likely to be water-soaked as firefighters doused the building housing Dhoray’s Store  with water and battled a steady north-east breeze.

Fire Chief Marlon Gentle told reporters at the scene that at about 8:32 Sunday night, the fire service received an initial report of rubbish burning near a roughly made makeshift wooden store where Sachi Building was located before it was destroyed by fire about a year ago. “We have to follow up on information that we got from the callers as to where was the point of origin of this fire and then the investigation will follow that lead,” he said. 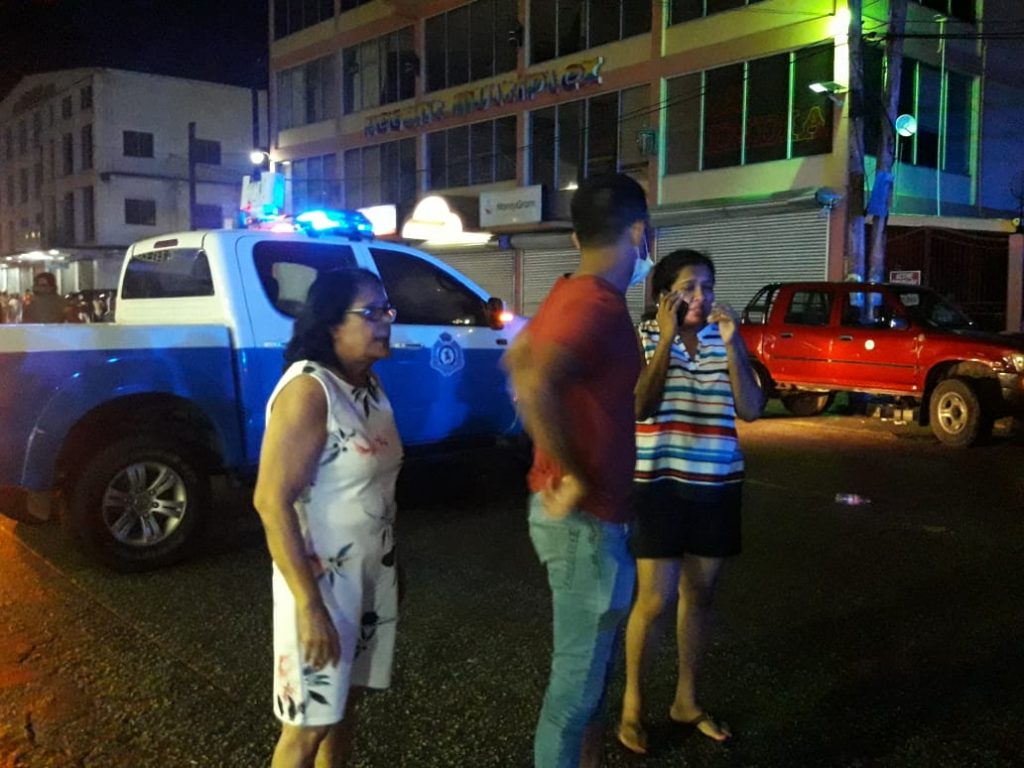 Ms. Dhoray and others at the fire scene.

He said when firemen arrived on the scene, they observed “large flames” and more fire tenders were summoned by which time the building was well alight and was eventually destroyed. However, he said the firefighters prevented the blaze from engulfing the building housing Dhoray’s, Price Rite and Harvey’s. “We went into very aggressive fire fighting to prevent this fire from spreading. “We were confronted again with the winds and also we had some difficulties. We located one hydrant and the other hydrant, we had to do some debris clearing,” he said.The fire quickly spread to the second building that once housed a Roman Catholic senior citizens home back in the 1980s.

Mr. Gentle praised the Guyana Water Incorporated for the high water pressure from three hydrants which he said was backed up by supply from the South Road canal.

Firefighters were forced to cut open several metal doors to enter the Dhoray’s-Harvey building in order to fight the hungry flames, fanned by a steady north-east breeze. 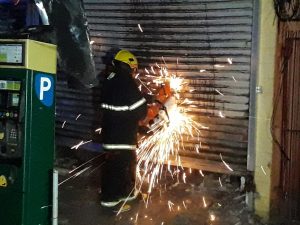 A firefighter sawing a metal door on the bottom flat of the destroyed building.

Helpless store owners looked on while others were kept away from one of the buildings by police. They were all too distraught to speak with reporters.

The Fire Chief said a number of doors were sawn open because the store-owners’ keys were not working.

Heavily armed police manned the fire scene to prevent onlookers and possibly looters from getting closer to the buildings. In a couple of instances, even store owners were prevented by police from offering assistance to open the doors.

Police quickly barricaded the block as part of a crowd control system.