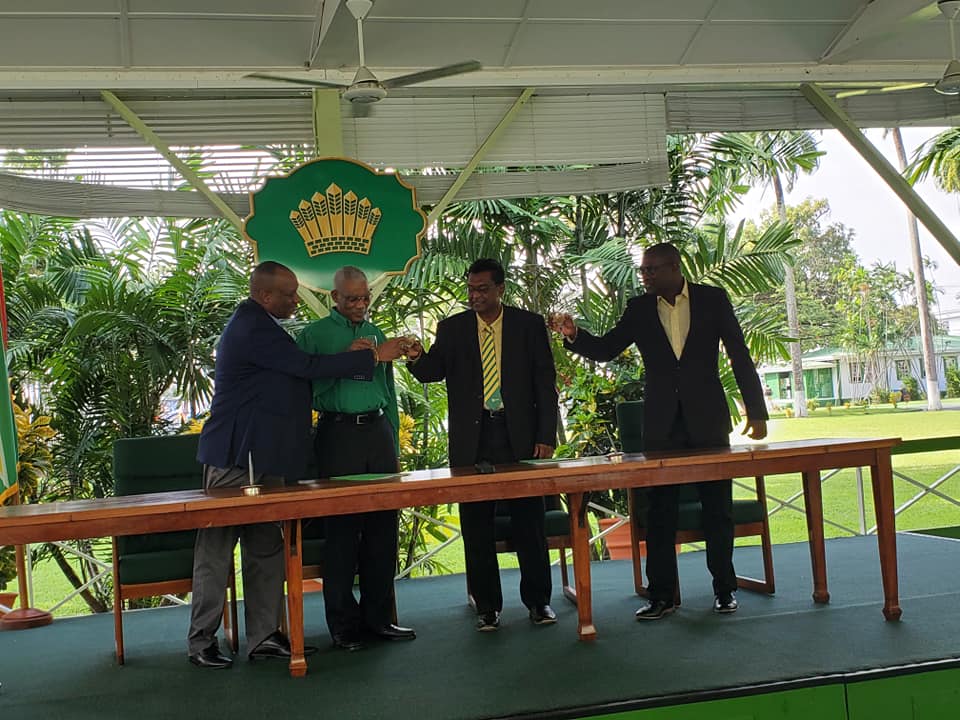 Leader of the Alliance For Change (AFC), Khemraj Ramjattan on Wednesday said A Partnership for National Unity (APNU) councillors’ vote for one of their members to be the Vice Chairman of Region Four (Demerara-Mahaica) was a clear violation of a recently inked formal agreement between the two political organisations.

He sharply debunked People’s National Congress Reform (PNCR) executive member, Dr. Karen Cummings’ assertion earlier Wednesday that the AFC’s Vice Chairmanship in Region 7 (Cuyuni-Mazaruni) was in keeping with the 70-30 formula in the Cummingsburg Accord, a political agreement between the two political entities.

“We decided to go for the two Vice Chair and hoped that they would have kept that side of the bargain and so I don’t like when other senior officials of the APNU and PNC would now come and say we got what we had agreed to. We did not agree to that,” he told News-Talk Radio Guyana 103.1 FM/ Demerara Waves Online News.  The AFC Leader said if his party had asked for 30 percent it would have meant being entitled to one Chairman and one Vice Chairman, but his party was cognisant that many APNU supporters had been making cases out for positions.

Mr. Ramjattan says he and APNU Chairman David Granger signed an addendum to the Cummingsburg Accord last week for the AFC to get the Vice Chairmanship in Region 4 and Region 7. The AFC, he said, welcomed commitments by APNU to investigate what went wrong.

Mr. Ramjattan said he and Mr. Granger also agreed last week that AFC would not have been vying for the Vice Chairmanship of the Region 10 Council because APNU is very strong in that region. “In our negotiations prior to the signing of that addendum, we had argued also for all three but in view of the fact that we realised that they were making strong arguments that they are very, very strong in Region 10 – and this I know about- you had to make some give and take and that is why we settled for the two,” he said.

The disagreement over Region Four has since triggered the resignation of David Patterson from the position of AFC General Secretary and his likely resignation from Parliament. Mr. Ramjattan declined to say whether he has convinced Mr. Patterson to rescind his resignation, but instead suggested that the matter would be discussed this weekend at a national executive meeting.

Meanwhile, APNU General Secretary and Opposition Leader Joseph Harmon has downplayed the impact that Mr. Patterson’s resignation would have on the opposition coalition. Mr. Harmon also categorically suggestions that this latest controversy between the two has marked the beginning of the collapse of the relationship between the two that had been cemented on February 14, 2015 three months ahead of general and regional elections in that year. “That is a premature statement because we are a living organism. There are things which change from time to time but certainly we are wedded to certain basic principles which will stand the test of time,” he said

The Opposition Leader said the AFC and Mr. Patterson are valuable to the coalition and he hoped that that lawmaker rescinds his resignation from the House. “I hope there can be a rethink. He is a very valuable person and an asset in the AFC as well as the coalition,” he said.