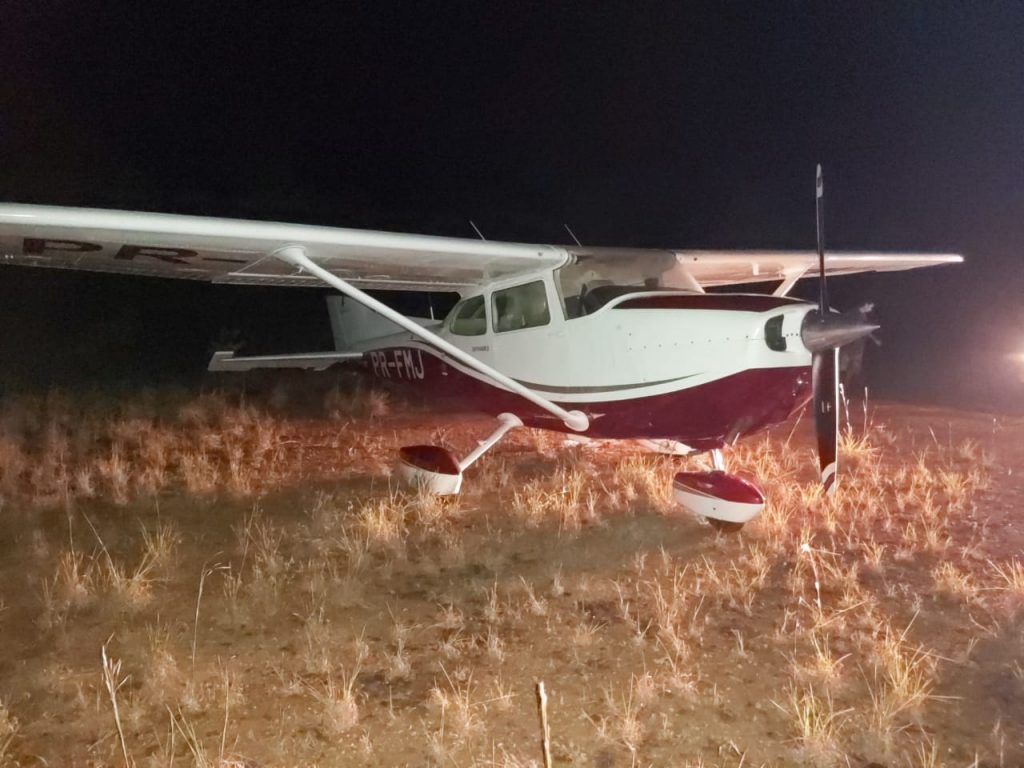 Police say two Brazilians and a Venezuelan were late Sunday arrested after they landed aboard a plane on the Issano Airstrip in Middle Mazaruni.

Nothing illegal was found aboard the Cessna 206 bearing registration marking, PR-FMJ.

Those arrested after the red and white plane landed at about 10:20 PM were a 38 year old pilot, from Boa Vista Brazilian; a 29 year old pilot from Temeremo Venezuela; and a 35 year old Internet Technician from Manaus Brazil. Police said they are guarding the aircraft while the men, along with their personal belongings, have been detained.

The items are a cellphone, a satellite phone; identification; and other items.

The men claimed that they were en  route to neighbouring Suriname when the plane developed troubled and they decided to land on the Issano Airstrip at Nine Miles.

“They were questioned using Google Translator and information received that they were heading to Suriname with another aircraft when the said aircraft developed mechanical problems. As a result of the observation, the pilot crashed landed the aircraft at 9 Miles which caused one of the occupants to sustain a fractured right arm and minor bruises about his face of which he confirmed he received from the sudden impact,” police said. 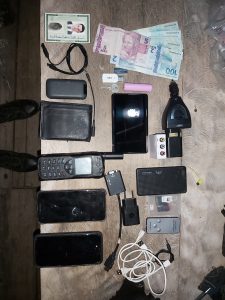 The items seized from the three occupants of the Brazilian-registered plane.

Police believed that the other aircraft crashed, but was not located.

The Guyana Police Force said lawmen also searched in the vicinity of the plane nothing illegal was found either.