Man arrested in connection with killing of teenagers, as unrest intensifies 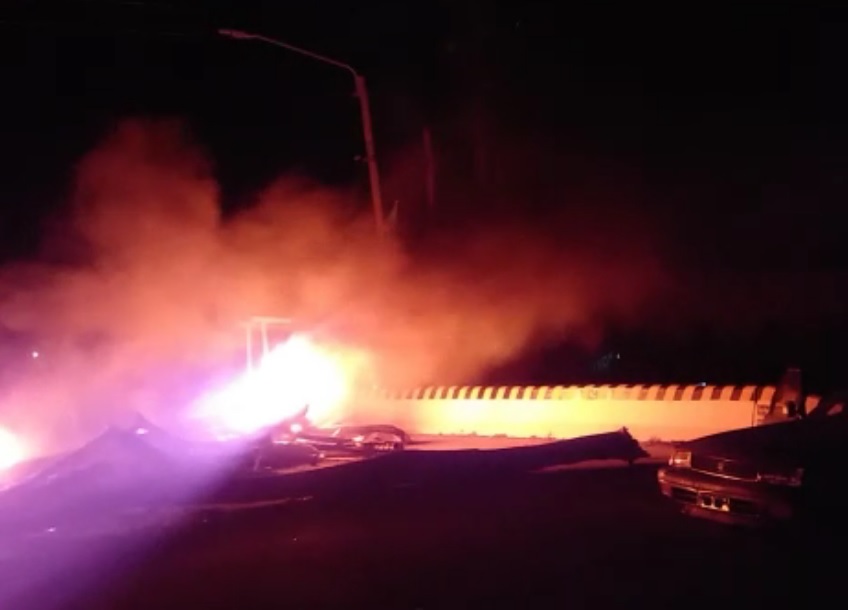 Police Sunday night said a man was arrested in connection with the discovery of the bodies of two teenagers  in the backlands of Cotton Tree Village , West Coast Berbice.

“Acting upon information received the police have since arrested a 57 year old male of Cotton Tree, West Coast Berbice. He is presently in custody,” police spokesman, Royston Andries said.

While crime scene detectives did not see any blood stains or weapon around the bodies or within the immediate vicinity, they found apparent blood stains at the suspect’s coconut farm.

“Further examination of a nearby coconut farm owned by the suspect now in custody showed what appeared to be blood stains on the ground. Also, a coconut peeler and some peeled coconuts were seen at the said location,” the Guyana Police Force said.

Police identified them as 18-year old Joel Henry,a labourer and 16-year old Isaiah Henry, a student of Lots 26 and 32 Number 3 Village, West Coast Berbice.  The sister of one of the boys called on authorities to provide justice as they did nothing wrong other than went to pick coconuts in the backlands. “That is just the normal living. Coconut they will kill people for? Sacrifice they sacrifice dem boys. Me mother want justice for her child,” she said as angry residents moved an old vehicle on the Number 5 public road bridge.

In a statement issued late Sunday night, police said Isaiah Henry’s body was seen lying on his back with his head pointing in an eastern direction and feet pointing west. The body was clad in gray short pants, light green long sleeve jersey and bare footed. A wound was seen on his throat, two to his left side head, one on his forehead and one to the left side chin. Joel Henry’s body was found with the upper half in a hole. The body was clad in a black long pants, green long sleeve jersey with white fine strip and bare footed. The body bore a mark around his throat and bruises on the fingers of his right hand.

Opposition parliamentarian, Sherod Duncan, said on his party’s Social Media page that one of the boys was related to former Education Minister Nicolette Henry.

The discovery of their bodies triggered unrest Sunday night where residents blocked the West Berbice Road at Number 5 Village and burnt debris.

Police, in a statement issued very late Sunday night, said  the victims left their homes about 05:30 hrs September 5, 2020 for Cotton Tree Village, West Coast Berbice to pick coconuts to sell but had not returned as of 20:00 hrs  which caused the mother of Isaiah to lodge a missing person report at the Blairmont Police Station at 20:30 hrs on September 5 and the mother of Joel Henry to lodge a a missing person report at 09:00 hrs on Sunday, September 6 since neither of them had returned home unto that time.

Further, about 09:00 hrs on Sunday relatives and friends of the victims formed a search party and went into Cotton Tree Village backdam to find the two victims.

About 15:30 hours on Sunday while conducting the search in the backdam of the said village (Cotton Tree, WCB) the bodies of Isaiah Henry and Joel Henry were found about 600 feet from each other in clumps of bushes near to a coconut farm.

The scene was processed by ranks of the Crime Scene Unit who observed no blood stains nor weapon around the bodies or within the immediate vicinity.

Further examination of a nearby coconut farm owned by the suspect now in custody showed what appeared to be blood stains on the ground. Also, a coconut peeler and some peeled coconuts were seen at the said location.

The bodies were escorted to Fort Wellington Public Hospital where they were both pronounced dead by a doctor on duty and were afterwards escorted to Anthony Funeral Home Mortuary where the await Post Mortem Examination.
Investigations in progress.