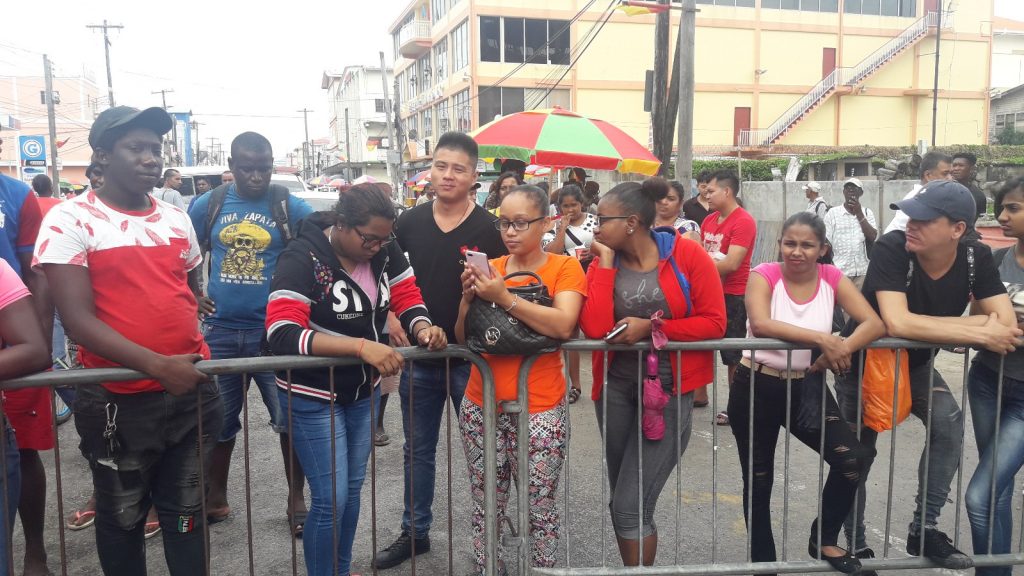 Ta Fen (in black jersey) with employees and other persons at the police barricade.

At least 20 people are now without a job as a result of a fire that early Monday morning gutted a three-storey store on Regent Street, Georgetown.

The owner of the Sachi store, Ta Fen, told reporters that he was alerted about the fire at about 2:30 this morning.

No one was in the building at the time.

Firefighters, who believe that the fire was of electrical origin in a panel, said they were able to contain the blaze to the Sachi building and prevent it from spreading to nearby stores and other buildings on Charlotte Street.

The owner of the building, Ms Perreira, was at the scene but declined to comment. 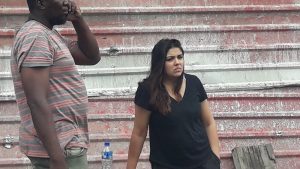 The owner of the gutted building sits as firefighters mopped up after the raging blaze.

The block of Regent Street between Waterloo and Camp Streets was closed to vehicular traffic. At least three stores within the police cordon were also closed as pedestrians were not allowed near the fire scene.

Firefighters were still extinguishing pockets of fire in the building.

Guyana Power and Light technicians restored electricity to nearby buildings and the GuyOil gas station shortly after 9:30 am.