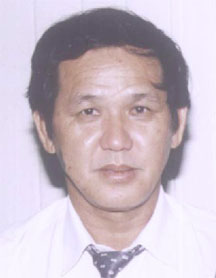 In paying tribute to Mr. Chang, the Judiciary and Magistracy say he” served his profession and fellow Guyanese with great honor and integrity.”

The  Supreme Court of Judicature says Mr. Chang’s was a life of service to the nation. “He was respected for his phenomenal legal intellect and was a fountain of legal knowledge which he readily shared,” the Court added in a statement.

Crediting him with serving the Director of Public Prosecutions Chambers with “distinction for more than 20 years”, the Supreme Court adds that Justice Chang’s death “will undoubtedly leave a void in the justice system.”

President David Granger says he is saddened at the passing of Mr. Chang who served as Chief Justice from 2005 to 2015.

He hailed Chang, a former Assistant Director of Public Prosecutions and Court of Appeal Judge, as one of the most competent legal luminaries that Guyana has ever produced. “His stewardship of that department (DPP Chambers) was unmatched,” he said.

Chang served as acting Chief Justice from 2000 to 2015 when he retired, leaving behind a lack of consensus between President David Granger and Opposition Leader Bharrat Jagdeo on the substantive appointment of a Chancellor of the Judiciary and a Chief Justice.

Mr. Nandlall said Mr. Chang was always willing and patient to thoroughly share his legal expertise with his colleagues. “His love for the law was unmatched. There is no other person in his generation who had dedicated himself to the law as Ian Neville Chang,” said Mr. Nandlall.

The former Chief Justice recently returned from medical treatment overseas. His condition took a turn for the worse overnight and he was rushed to the privately-owned Balwant Singh Hospital where he, according to sources, succumbed to colon cancer.

Previous: No place for lip-service against corruption, time for action -UG best graduating student
Next: OPINION: Sleeping policemen. Who watches out for whom?