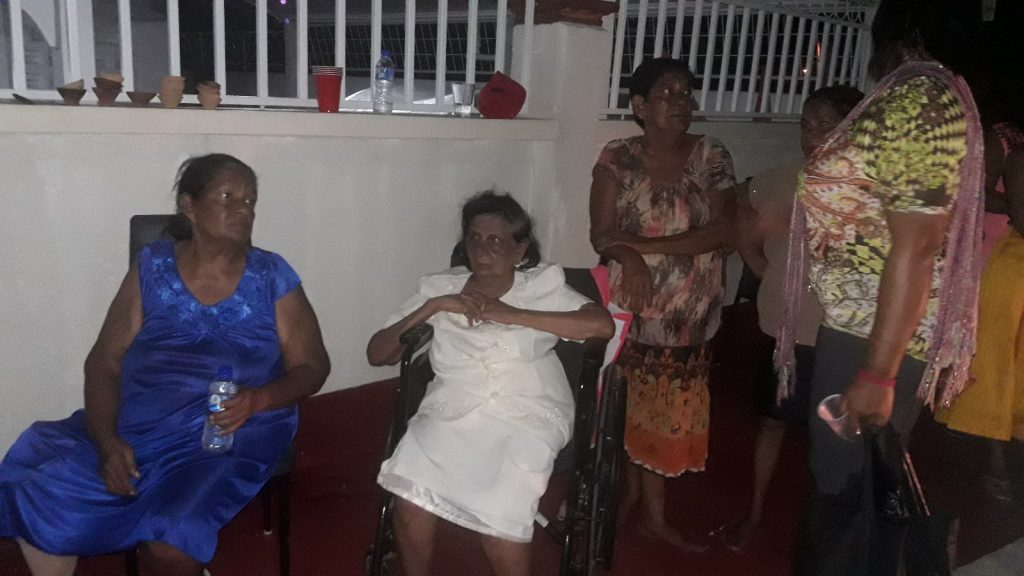 The women, who were displaced as a result of Sunday night’s fire.

The four women and two male relatives, who lived in the wooden house, disputed claims by at least one neighbour who said that the blaze started due to lit diyas for Diwali, the Festival of Lights.

The homeless women and the men are related to well-known dental technician in the area, Mr. Persaud. The women identified themselves as Deocali Persaud, aged 60, Omadai “Channoo” Persaud, 62, Liloutie “Doris” Persaud, 79, and Kalawatie Boodram, 65. Also living in the same house with them are Djiwesh Persaud and Ishwar Rahat.

The fire occurred the same day that Boodram was celebrating her birthday. The two houses that were destroyed by fire.

Djiwesh rejected suggestions that the fire spread from lit diyas. He instead said there were only 10 diyas all of which were in the yard.

Channoo believed that the fire was of electrical origin. “The fire start from the meter. The meter sparking, sparking, sparking. If me nephew didn’t come and take me out, I would get roast up the house,” she told Demerara Waves Online News/News Talk Radio Guyana 103.1 FM.

The Persauds said their house was not insured and there was no property dispute with anyone.

The gutted concrete building immediately south of where the fire started is owned by a woman named De Souza.

Two persons lived in the lower flat of that house and another six, including students, occupied the top flat.