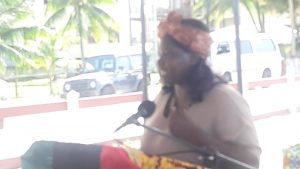 The African Cultural and Development Association (ACDA) plans to write President David Granger, the opposition and all other political aspirants to lobby them for support to suspend the award of oil concessions until steps are taken to award Guyanese concessions.

The call was again made on Saturday at an annual ceremony to commemorate the loss of millions of lives of captive Africans – during the transatlantic slave trade – journeying from West Africa to the Americas and the Caribbean.

Before the estimated 100 persons went to the seashore to place floral tributes at high tide, Candace Kewley of ACDA’s Association of Young Africans issued the call for a temporary halt of the granting of oil concessions. “Now that oil resources have, to a large extent, have been de-risked, it is time that the APNU+AFC (A Partnership for National Unity+ Alliance For Change) government stop giving out oil concessions to foreign companies. Enough is enough!,” she said.

Executive member of ACDA, Violet Jean-Baptiste moments later told News-Talk Radio Guyana 103.1 FM/Demerara Waves Online News that her organisation will next week write the President and all other presidential candidates to seek meetings. 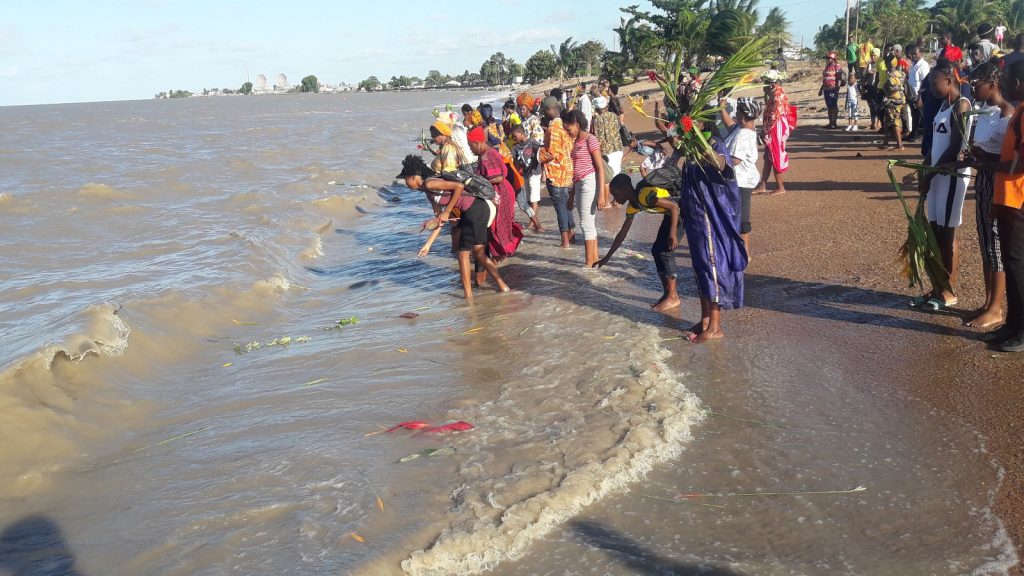 A number of Afro-Guyanese placing floral tributes in the Atlantic Ocean near the Georgetown seawall bandstand on tribute to the millions of captive Africans who died while being shipped from Africa to the Americas and the Caribbean.

“Once you have given them that opportunity and they don’t or it doesn’t happen, then you can say ‘oh yes, we gave you guys’ but you have not given it to us. There are Guyanese people right here and abroad that have worked in oil, that have capacity and ability to raise money, that have come to this country and have sent in applications and they have not been given the opportunity,” she said.

Jean-Baptiste says, Guyanese should not be allowed to become low-wage earners in the oil sector.

Jean-Baptiste, Eric Phillips, Charles Ceres and Asafa George are principals of African Business Roundtable Oil and Gas Exploration which was incorporated in 2016.

Phillips resigned several months ago after concerns had been raised publicly about perceived conflict of interest because he had been at the helm of a probe by the State Assets Recovery Agency into how ExxonMobil, Ratio Energy Inc, and Mid-Atlantic Oil and Gas Inc had been awarded concessions by the previous People’s Progressive Party Civic (PPPC)-led administration.