One dead at Australian-owned gold mining pit accident in Guyana 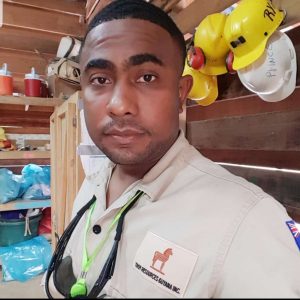 Sources identify the dead man as Ryan Taylor. He worked in the geology section of Troy Resources. The company said early indications are that the incident occurred at 2:25 am on the night shift where a geologist was standing above an excavated working face when the 3 meter embankment he was standing on collapsed and he suffered fatal injuries as a consequence.

Troy Resources later confirmed the incident and said it signaled the importance of safety. “We always make every effort to ensure the well-being of all of our people and this incident brings home the need for upmost vigilance in safety at all times,” Troy Managing Director, Mr Ken Nilsson was quoted as saying in a company statement.

The Natural Resources Minister said his officials were informed that a “bench” or wall was being constructed when the incident happened.

“Apparently, the worker was engaged, with others, in building a bench to avoid erosion. He allegedly slipped and fell,” Trotman said.

He said Troy Resources was expected to cease all work at the construction site while an investigation by the relevant authorities, including, the Guyana Geology and Mines Commission (GGMC) and the Ministry of Social Protection’s Department of Labour, is done.

Trotman said a team would be going to the site later Tuesday.

The company says it intends to provide a grief counsellor to help employees cope with the tragic loss of one of their colleagues.

Previous: Harmon applies to give up American citizenship: “I believe there is a certain quality which I have that can help the President in running this country in a proper way”.
Next: “APNU is not against cash grants” from oil revenues but more information needed -Granger; WPA ready to negotiate modified proposal