Harmon applies to give up American citizenship: “I believe there is a certain quality which I have that can help the President in running this country in a proper way”. 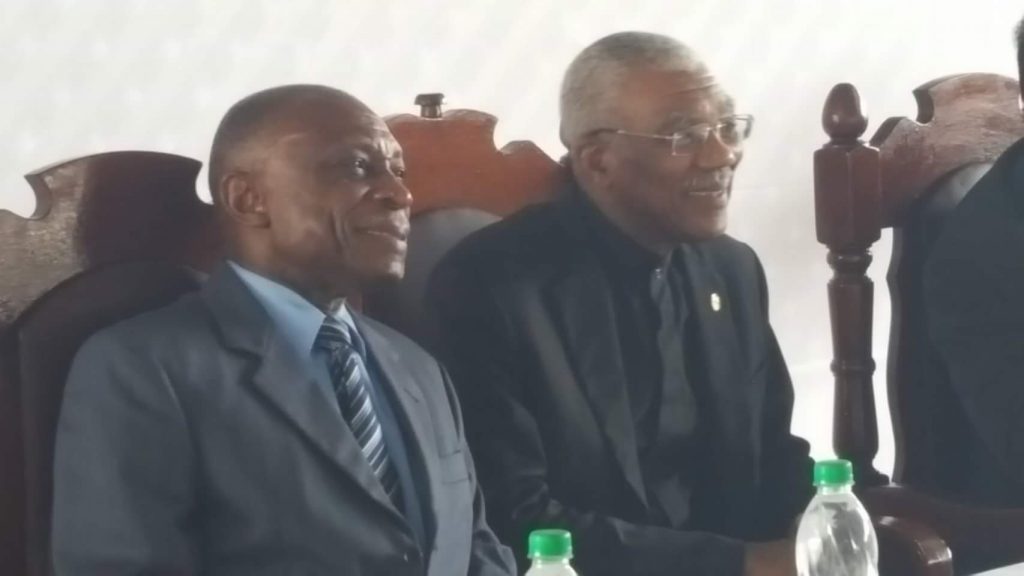 Joseph Harmon, who resigned earlier this year from his position as Minister of State because he is the holder of dual nationalities, says he has already applied to give up his United States (US) citizenship.

He told reporters on the sidelines of a People’s National Congress Reform 62nd anniversary rally in Linden that he more than one month ago finished all the paperwork and paid a hefty sum of cash to relinquish his American citizenship.

Harmon, who was appointed Director-General of the Ministry of the Presidency soon after he had resigned as Minister of State and as a lawmaker, said he was awaiting word from the US State Department to inform him that they have received his affidavits and other documents. “All that has been done and I expect anytime now that I’ll get a feedback from them because the fact that I haven’t heard anything as yet seems to me to say that the procedures and all the paperwork are in order so by the time, we are getting ready to go on the list, I’ll be ready to go on the list,” he said.

The former State Minister said the US Consular Officer informed him that the renunciation process could take about two months “so it’s about time I’ll hear from them soon” and “long before March” 2, 2020 when Guyanese are slated to go to the polls to elect a government of their choice.

Harmon, Rupert Roopnaraine, Dominic Gaskin and Carl Greenidge resigned on April 2, 2019 after Guyana’s High Court and Court of Appeal ruled that it was unconstitutional for holders of dual citizenship to be candidates more so parliamentarians. They were all rehired to serve the government in the same ministries that they had once headed politically.

For his part, Harmon says he is looking forward to be back in Parliament so that he can serve Guyana through the David Granger-led administration. “I’m excited because I want to continue to serve the people of this country; that I believe there is a certain quality which I have that can help the President in running this country in a proper way and that I believe that I have something to offer the people of Guyana,” he said. 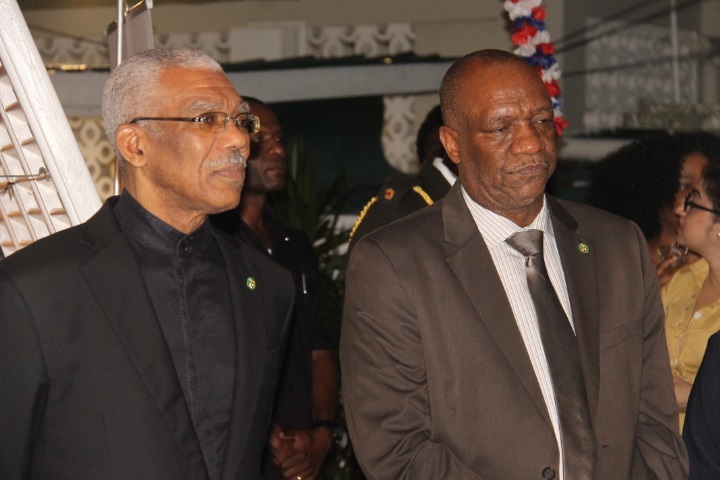 Harmon’s move to give up his American citizenship came the same day – Saturday – that Greenidge issued a statement announcing that he had been no longer a British citizen.

He signaled that he was ready to once again be a candidate for the governing coalition of a A Partnership for National Unity+ Alliance For Change (APNU+AFC). “I have informed President Granger accordingly and therefore look forward to being included on the list of candidates from which the Party will make its selection of MPs following the holding of the Regional and General Elections in 2020,” said Greenidge.

Even as he parted ways with his decades-long British citizenship, he said that status assisted him in his educational and professional pursuits. “UK citizenship and residence enabled me to take advantage, largely free of cost to my parents, of wide-ranging educational opportunities which I would not have been in a position to access or finance had I remained in Guyana. I was subsequently able to gain invaluable employment and vocational experience in the employ of UK Government agencies before returning to Guyana to serve. I am grateful to have had that privilege and through it to have attained the goals to which my relatives and many Guyanese aspire,” said Greenidge, a former Finance Minister, Caribbean trade negotiator and former Deputy Secretary-General of the 77-nation African, Caribbean and Pacific (ACP) Group of former European colonies.

Tagged with: Director-General of the Ministry of the Presidency Joseph Harmon dual national U.S. citizenship renunciation