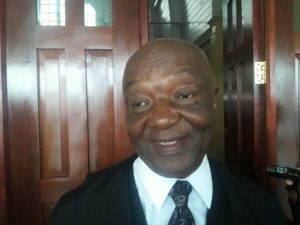 In the wake of Thursday’s High Court ruling that parliamentarians with dual citizenship is unconstitutional, lawyers said those legislators would have to be replaced before the National Assembly possibly meets again to extend the deadline by which general elections are due.

Chief Justice Roxane George-Wiltshire, in her decision, observed that evidently then government parliamentarian, Charrandas Persaud was a dual citizen who had sworn allegiance to a foreign power. She said Persaud had travelled on his Canadian passport and had stated on the immigration form that he is Guyanese-Canadian. She added that there was no evidence that he had renounced his Guyanese citizenship.

Attorney-at-Law Anil Nandlall, who is representing Opposition Leader Bharrat Jagdeo, said the High Court decision would have implications for the several other parliamentarians who hold dual citizenship. “Let us assume that we have to extend the life of Parliament for whatever reason because that is an eventuality provided for by the constitution. Because of this ruling, it means that those persons who are currently in that peculiar circumstance should not be sitting in the Parliament and that has nothing to do with elections,” he said.

As far as candidates for future general elections are concerned, Nandlall said Representatives of the Lists would have to ensure that dual citizens are not nominated. “In relation to elections, leaders of the lists now will have to ensure that members – persons who are placed on those lists – comply with the constitutional provision as it relates to dual citizenship,” said Nandlall, a former Attorney General and Minister of Legal Affairs.

On the governing coalition’s side the dual citizen parliamentarians are Carl Greenidge (British), Rupert Roopnaraine (British), Joseph Harmon (American), while on the opposition benches are Gail Teixeira (Canadian) and Adrian Annamayah (American).

Senior Counsel Neil Boston said it appeared that the Chief Justice’s decisions would adversely impact the parliamentarians who are dual citizens. “It would appear as though they may have to vacate their seat. We can’t speak for them and what they may do because, as you know, politicians speak with forked tongues… Legally, they should not be there but the thing is you can have a foreign passport but the section says ‘by your conduct’ you were acknowledging allegiance and obedience to a foreign power,” Boston said.

The Chief Justice ruled that the no-confidence motion was validly passed on December  21, 2018; that an absolute majority of the 65 seats in the National Assembly is 33, and although Persaud should have informed the House Speaker that he had decided to break ranks with the list of candidates from which he had been selected, he had not ceased being a parliamentarian.

Nandlall welcomed the Chief Justice’s decision. “They have settled matters of vital national importance and hopefully now the way has been cleared for the constitutional provisions to be complied with and those provisions are that elections must be held within the timeframe stipulated by the constitution,” Nandlall added.

Lawyers for private citizen Compton Reid, and the Attorney General Basil Williams are expected to file appeals after they receive written copies of the judgements next week Wednesday.

The Chief Justice also ruled that the President and Cabinet ought to have resigned immediately after the passage of the no-confidence motion, and the government should remain in office until elections are held and a new President is sworn in.