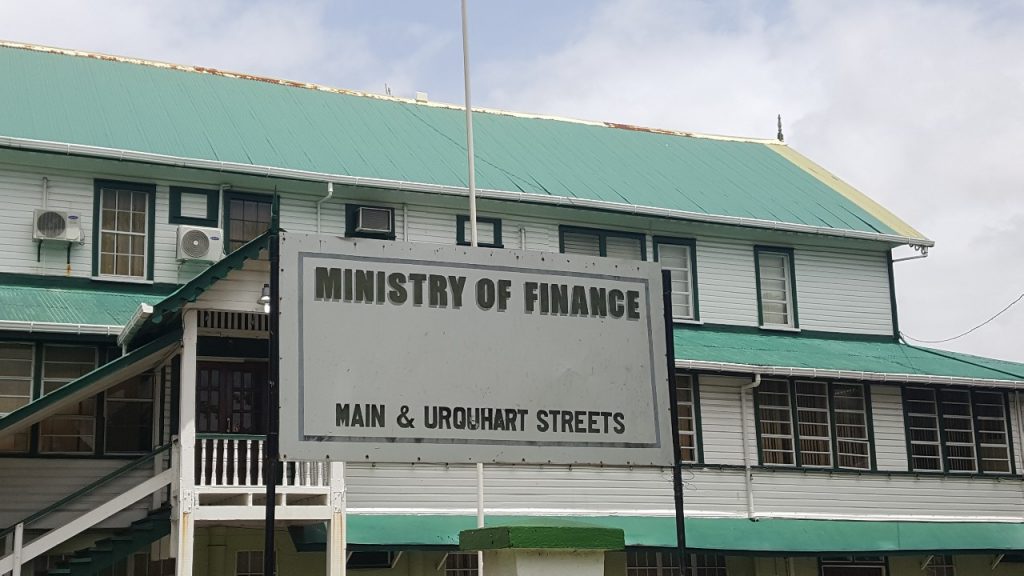 Due to the failure of the opposition People’s Progressive Party (PPP) and the Private Sector Commission (PSC) to nominate representatives to sit on an oversight committee to manage Guyana’s Natural Resources Fund (NRF), also known as the Sovereign Wealth Fund, Finance Minister Winston Jordan says government will be unable to spend the monies until after general elections.

He said if government could not get the 21-member committee set up, the account would be opened in keeping with the law and the monies would be received and “parked there until we can get a Parliament going because Parliament is heavily involved in the withdrawal process” from the fund.

“You will have money but you can’t spend,” Jordan told reporters after a formal ceremony to mark the arrival of the oil production vessel, Liza Destiny. At the same time, he does not see the inability to spend monies from the Sovereign Wealth Fund as having a big impact on government’s projects and programmes because the amount of cash inflows from the Liza 1 well will be low compared to when the other wells begin production after 2020.

“Not much. There will still be spending. Just that there will be delayed spending and meanwhile what we have to be doing is to put together the various ideas in the budget and then to see when we could get the budget out, based on when is elections, and how much funding actually can take place during next year but monies will accumulate very slowly in the NRF and even when it gets into the NRF, it’s only a certain portion that can be withdrawn,” the Finance Minister said.

Rough estimates are that Guyana will earn about US$300 million annually from the Liza 1 well.

He said the Private Sector Commission has written him saying that their delayed response was due to a transition in its management team and would respond further in due course. That business organisation is also regarded in some quarters as being pro-opposition.

Jordan, a former Budget Director, disagreed with Opposition Leader Bharrat Jagdeo’s approach that oil revenues should first be deposited into the Consolidated Fund and then some withdrawn and placed into the Sovereign Wealth Fund. He said government’s model is for all of the cash to be deposited into the SWF and then go through a detailed process of withdrawal.

Previous: Youth Ambassador of the Year striving for academic excellence after brush with the law
Next: OPINION: Clashing Guyanese and American priorities