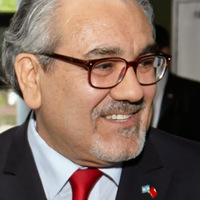 Argentina, which chairs the 40-nation Equal Rights Coalition (ERC) that fights for the human rights of gays and bisexuals, wants Guyanese police to make reporting hate crimes easier and for the South American nation to pass legislation outlawing such crimes.

The need for such measures was contained in a letter to prominent Guyanese gay rights activist, Joel Simpson, who alleged he and others were subjected to homophobic remarks by a supervisor at Palm Court and hours later beaten by several men at Bourda after he and his colleagues had complained of being assaulted by other patrons. Simpson said he was hours later badly beaten at Bourda Market by several of the same men who had attacked him at Palm Court.

In a letter of solidarity to Simpson, who is the Head and co-founder of the Society Against Sexual Orientation Discrimination (SASOD), Argentina’s Ambassador to Guyana, Felipe Gardella described the attack against the activist as one against the Lesbian, Gay, Bisexual, Transgender and Intersex (LGBTI) community. The Argentine envoy, whose country assumed ERC Chairmanship on June 14, said the incident should be used as a platform to demand that Guyana fix its law enforcement and legal system to cater for the rights of that segment of the population.

“I greatly regret these circumstances but at the same time it turned out to be an opportunity to demand now, with more force, a law on hate crimes and the call for the local police to desist from making the complaints difficult, but facilitate them,” Gardella told Simpson in a letter of solidarity. 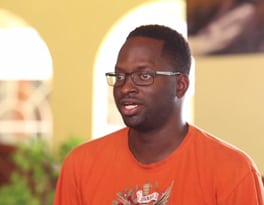 Gay rights organisations have in the past complained bitterly about police taunting LGBTI persons openly in public or at police stations whenever they go to lodge complaints of physical or verbal abuse by other civilians. Over the years, the Guyana Police Force has benefited from human rights training.

The Argentine Ambassador told Simpson that he has since informed “my authorities, particularly those related to human rights”.

In a statement, the Ministry said it “wishes to place on record that the recent attack is completely unwarranted and a veil threat to silencing critical civic voices on national issues, thereby reducing the scope for genuine advocacy in Guyana”.

The Ministry of Social Protection called for the LGBT community to be respected in the wake of this recent attack that is a “stark reminder that despite the many gains that have been made over the last decades, LGBT+ people continue to face threats of violence.” “LGBT people should be able to feel safe at work, in the streets and to be accepted for who they are”, the ministry said.

No Caribbean Community (CARICOM) or any other Caribbean country is a member of the Equal Rights Coalition which is being co-chaired with the United Kingdom (UK).

Canada says the ERC advances the human rights of LGBTI persons and promotes inclusive development in both member and non-member countries. With 40 member states the ERC advances its agenda by engaging with civil society organisations and multilateral agencies.

Previous: Minister Broomes not being restricted – President’s Ministry
Next: Lands and Surveys to call in police for information leak to Opposition Leader Jagdeo