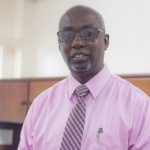 The FIU head said it has also been discovered that individuals involved in predicate offences tied to drug and human trafficking and money laundering are utilising the services of ordinary folks.

“We have seen students being used to send monies through these money transfers agencies, housewives, unemployed persons etc. We want to encourage the public at large to be vigilant against these activities and not to get caught up in these activities,” Langevine was quoted by government’s Department of Public Information (DPI) as saying.

In 2018, the FIU received 330 suspicious transaction reports, the majority of which came from money transfer agencies. So far this year, 120 suspicious reports were made to the unit, a high per cent also coming from the money transfer entities.

“[It is] a sector (in) which we see a high level of suspicious transaction activities where monies are sent cross borders that raise a number of concerns,” he said.

Langevine stressed that every citizen has an obligation to help fight money laundering because “however beneficial it may seem to you, in the onset… it can have far-reaching implications for persons.”

The FIU head lauded the support of the more than 330 reporting agencies that continue to provide much-needed information to the unit.

“We have been getting relatively good support. I think the entities recognise the importance of this and with the kind of engagements we have been having nationally to ensure that the agencies understand their obligation, they appreciate why they need to be reporting the information to us.”

These engagements include outreaches and training across the country.

Further to reports from the money transfer agencies, the FIU has also been receiving suspicious transaction reports from a number of financial institutions, the Guyana Gold Board and gold dealers. Langevine said those sectors continue to actively monitor transactions and provide intelligence to the FIU which, in turn, shares the intelligence with the Special Organised Crime Unit (SOCU).

For 2018 and 2019, the FIU sent 29 and 12 intelligence reports respectively to SOCU covering several different suspected predicate offences including corruption and bribery, drug trafficking, fraud and tax evasion among others.

Through Memoranda of Understanding (MOUs) signed with the State Asset Recovery Agency, the unit has also been able to assist the FIU with financial information to conduct its investigations.

Langevine encouraged the public to be vigilant of persons involved in money laundering and drug trafficking activities, who solicit individuals to carry out monetary transactions on their behalf.

He said FIU’s services are utilised across the intelligence sector working closely with several competent authorities including the Guyana Revenue Authority, Bank of Guyana and the Gaming Authority of Guyana.