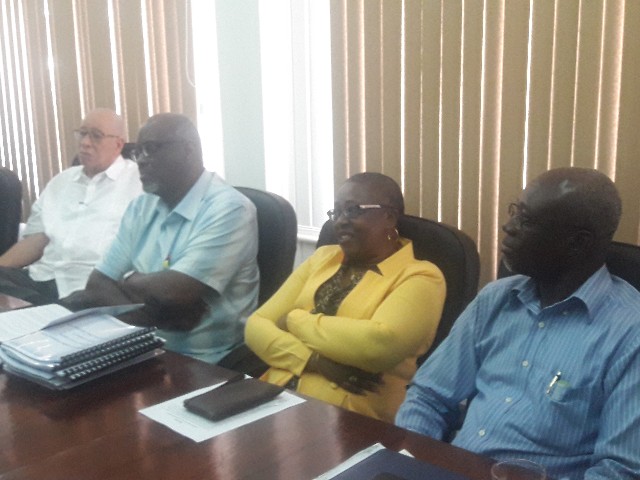 The Ethnic Relations Commission (ERC) on Monday said the Guyana Elections Commission (GECOM) did not provide information to prove whether elections commissioner Robeson Benn’s claim that more than 90 percent of the workers there are Afro-Guyanese.

The ERC also said Benn, who had first raised the issue and had triggered a complaint by his People’s Progressive Party (PPP) did not provide any evidence to support his contention. “There was no evidence presented by anyone to suggest that allegation is true,” said ERC Commissioner Norris Witter. “In normal circumstances, the onus is on those who complain to provide the evidence and no such evidence was provided,” he added.

While Benn on May 26, 2018 had stated that “ninety or more percent African Guyanese” make up GECOM’s staff, he on Monday pointed to the PPP complaint that states that “it is claimed by the opposition that 90 percent of the top management of GECOM can be considered Afro-Guyanese. The questions were who are considered top management, what are those positions, who are the holders of those positions based on the organisational chart of GECOM.”

While the ERC said it found that the three PPP commissioners had voted in favour of re-hiring Deputy Chief Elections Officer (DCEO) Vishnu Persaud, the three governing coalition commissioners and GECOM Chairman James Patterson had supported Roxanne Myers’ candidature, and it did not find that race or politics influenced that decision.

The probe into the employment practices at GECOM found that Myers’ hiring had been inconsistent with past practice in which the candidate with the highest score is appointed, and although Myers received the lowest score she was hired.

The ERC said the probe found that the four ruling coalition commissioners turned down Persaud because of concerns about his character, integrity and credibility. Asked whether the evidence showed that race or ethnicity played a part in hiring the GECOM DCEO, Witter said “there is no evidence presented to any of us that suggested any of what you referred to”.

The ERC concluded that “by all objective criteria, Mr. Persaud was on the available evidence, the most qualified candidate for appointment to the position of DCEO” and he was the first candidate in GECOM’s history to have acquired the highest score and had not been appointed”.

Among the persons interviewed was former GECOM Chairman Steve Surujbally who praised Persaud’s integrity and work as Public Relations Officer, scribe and acting DCEO. The report states that Surujbally told the ERC sub-committee that other factors influenced the Commission’s decision to hire Myers instead of Persaud. “When asked he thought Persaud could have been rejected for the position, he opined that it had to be factors outside of Persaud’s qualifications, experience, performance and character traits, which are well-known by all Election Commissioners, except the current Chairman,” the report states.

ERC Commissioner, Retired Major General Norman McLean highlighted that the report states that one month went by as the sub-committee awaited the return of the GECOM Chairman bearing the documentary evidence on which he claimed to have found that Persaud was a “shifty person, who had lied about his qualifications”.

McLean noted that on November 7, 2018 Patterson was reminded of his “unfulfilled promise to make the documents to which he had referred available”. Reminders, McLean said, were also sent to Myers and Marcia Crawford of their “obligation to assist the sub-committee in order that it could conclude its investigation by November 28.”

“That deadline passed with no response from those absentees,” McLean said.

Among the documents supplied were a policy on employment procedures, certificates for Persaud and Myers, and score sheets.

The ERC report also concludes that because of the way Guyana’s population is distributed, it is inevitable that in some areas where there are mostly Guyanese of one ethnic group, it is likely that a majority of those employees would be mainly of one ethnicity. Further, the ERC said GECOM has no institutional rules or practices that allow for ethnic discrimination in hiring. “The six commissioners are all vigilant to ensure that no such discrimination can be practiced without challenge,” the report states.