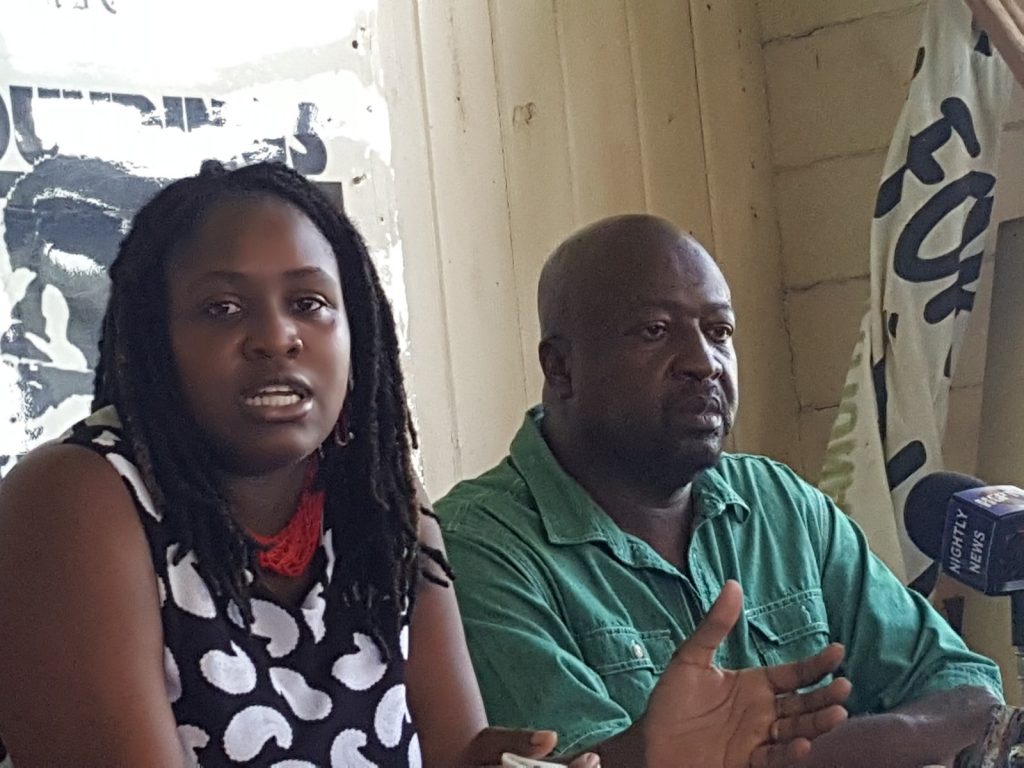 Chairwoman of the Working People’s Alliance (WPA), Tabitha Sarabo-Halley has justified her position that her party should remain in the governing coalition for upcoming general elections, despite deep-seated concerns about shoddy treatment and dominance by the People’s National Congress Reform (PNCR).

“I would be the first to say that the government has not done all that I think they should have done over the last three years. But if it is that I’m going to make a choice between the government that currently exists and what existed prior to this, there is no way I’m going back to that because I know what occurred under that administration and the reality is that three years is a short time to expect the sun, the moon and the stars from any political party,” she said.

The WPA is on record as bitterly complaining that A Partnership for National Unity has been meeting infrequently to craft policies for implementation by government. The WPA has repeatedly expressed concern that it is being sidelined from major decision-making. The WPA Overseas Associates is on record publicly calling on the WPA to leave the coalition if it continues to be treated shoddily by the PNCR. In that regard, Sarabo-Halley remarked that “the WPA sometimes sees the worst end of the stick” due to concerns that that party should not express its concerns about the PNCR publicly but should do so behind closed doors. She said the WPA first deals with issues internally with coalition partners before going publicly.

Speaking personally, rather than on behalf of her party, she made it clear that the “partnership and the coalition is the best option for Guyana at this moment”

Sarabo-Halley conceded that there is public dissatisfaction with some aspects of governance but she was quick to point out that Guyana is a better place since the coalition of A Partnership for National Unity+Alliance For Change (APNU+AFC) won the May 2015 general and regional elections.

“There are a lot of things that people are not pleased with, but at the same time the society, I think, is in a better place,” said the WPA Chairwoman who is employed by the Ministry of the Presidency. She suggested that there has been a reduction in lawlessness, corruption, drugs trafficking in Guyana’s major and non-traditional exports, and improved delivery of public services.

The WPA, PNCR, Justice For All Party, Guyana Action Party and the National Front Alliance are all members of APNU whose chairman is David Granger and its General Secretary is Joseph Harmon.

Sarabo-Halley reasoned that any party that comes into power would be unable to implement its agenda because it first has to examine the policies and contracts it would have inherited by the previous administration. The WPA Chairwoman cautioned against scrapping inherited projects as that could lead to lawsuits for breach of contract.

She blamed government for failing to “face” Guyanese to explain to them about settling in and delivering its plans and policies. “I think the government has erred in the sense that it has not spoken to the population about this. I think from the inception when they got into power and they recognised how dire the situation was that they should have come to the public”, she said.

Among her concerns was the increase in ministerial salaries shortly after gaining office, a move she until today believed was a “bad judgement call”  before “looking at the masses first”. However, she said that poor judgement by government differed from the People’s Progressive Party (PPP) which believed “everything is mine”.

Long-time WPA member, Kidackie Amsterdam also accused several unnamed government ministers and other State officials of bad communication, resulting in unnecessary public criticism. “(There are) Many instances I can quote where ministers of government have been guilty of poor communication and because of that poor communication, they have basically exposed themselves and the government to ridicule,” he said. “Sometimes, we get a lot of arrogance and aloofness coming from the ministers of government and, therefore, going forward it is necessary for a lot of our ministers and government operatives (to) come off of their high horses and a lot of these embarrassing situations can be rectified,” he added.