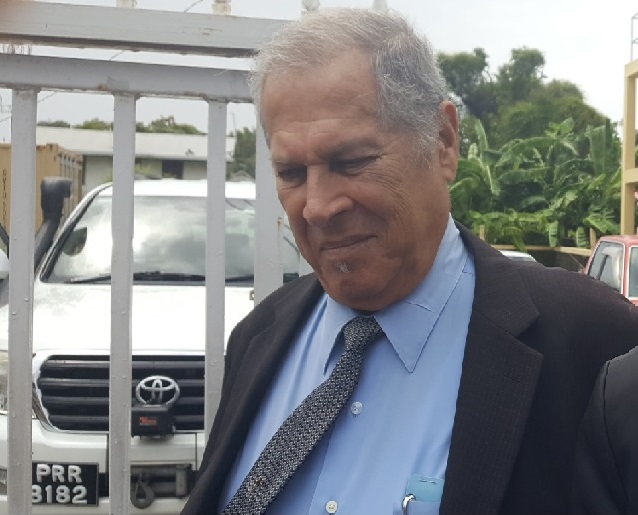 “The President “extends condolences at the death” of De Santos, the Ministry of the Presidency said.

He was appointed Senior Counsel in 1991 and served as Guyana’s Attorney General from 1992 to 1997 under the Cheddi Jagan-led People’s Progressive Party Civic administration.

The Guyana Bar Association issued a statement in which De Santos was credited for his craft and mentoring young lawyers.

Following is the full statement from the Guyana Bar Association on the passing of Bernard De Santos:

The legal profession mourns the loss of one of its stalwarts, Bernard Celestino De Santos SC.

Mr. De Santos was one of the leading senior counsel in the country and, while he was an experienced and knowledgeable lawyer in every field of practice, his specialty was in the field of criminal law, and more especially in jury trials of the most serious offences.

He was also an expert at cross examination and could often be seen in the courtroom skillfully and patiently breaking down the evidence of witnesses opposing his clients’ cases.

Mr. De Santos was also a gifted raconteur and was frequently at the centre of a group of lawyers on the corridors of the Court as he regaled them with stories of cases and judges from days gone by.

He was kind and patient with younger lawyers and he mentored many junior lawyers who were new to intricacies of the profession.

Mr. De Santos’s passing leaves a vacuum in the profession and he will be sorely missed.

The Bar Council extends its deepest condolences to the family of Mr Bernard De Santos, SC.