South Africa and Guyana on Friday inked a wide-ranging declaration that could see this country benefitting in a range of areas.

Signed by South Africa’s Deputy Minister of Mineral Resources, Godfrey Oliphant and Minister of Natural Resources, Raphael Trotman, the declaration provides for that southern African nation to assist Guyana with mapping among other areas.

“At the invitation of the Guyanese government, South Africa will be willing to send technical teams to do preliminary studies for offshore exploration and mining including their basins and will assist with alternative technologies to carry out mercury-free commercial mining of gold,” the document states. Oliphant has already highlighted during his five-day visit that South Africa would be willing to transfer bleaching technology to recover gold efficiently and cost effectively as mercury. 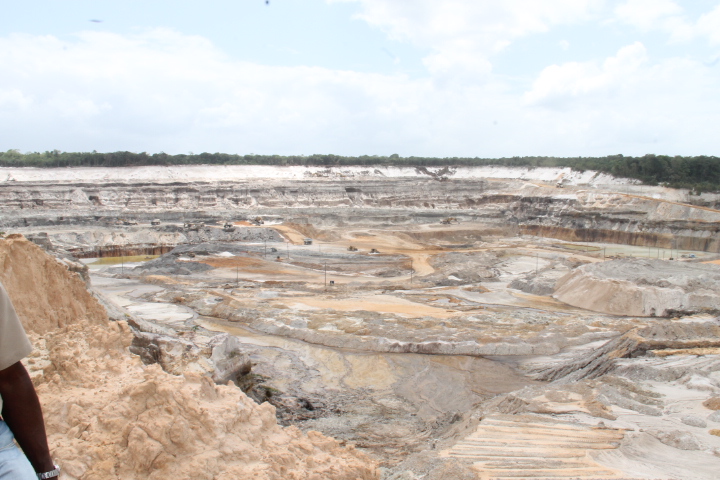 Provision is also being made for South Africa to help Guyana harmonise its laws to be “fully compatible” with the Kimberly Certification Process Scheme (KPCS). The scheme provides for the protection against  trading diamonds for funds to be used for illegal activities including war and terrorism.

Against the background of South Africa and Guyana agreeing to facilitate and cooperate in commercial activities in mining and related industries, Oliphant told Demerara Waves Online News that his country was willing to provide the technologies for Guyana to again produce large quantities of claybricks from mining overburden.

Oliphant was at the time touring the Montgomery Mine where bauxite ore is being extracted by the Chinese-owned Bosai Minerals Group. 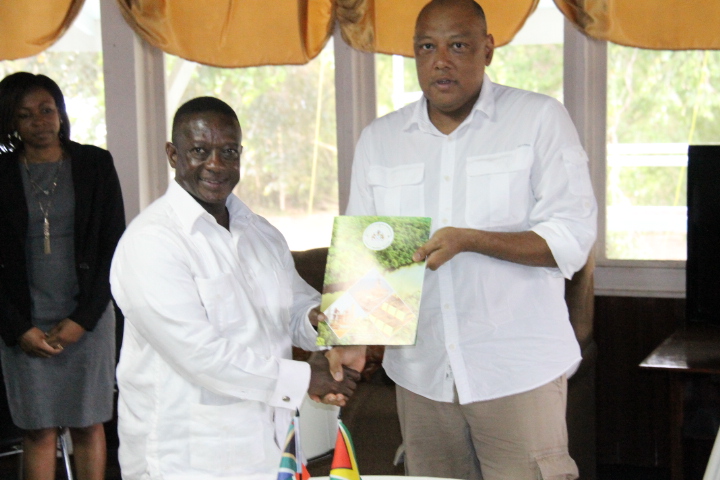 Later, at Watooka House, Linden, Oliphant and Guyana’s Minister of Natural Resources, Raphael Trotman inked a declaration of intent in the fields of mining and mineral policy development, exploration, mineral processing and beneficiation.

Trotman said the declaration is a precursor to a memorandum of understanding that first had to be approved by the foreign ministries of South Africa and Guyana.

Other areas of possible cooperation between the two countries include research and development of lapidary management, diamond cutting and design, and value-added production.

Before leaving Linden, the ministers planted a tree by the Causarina Drive arch that was built in 2016 in observance of 100 years of bauxite production in Region 10.

The arch was built by Bosai Minerals Group Company Limited.