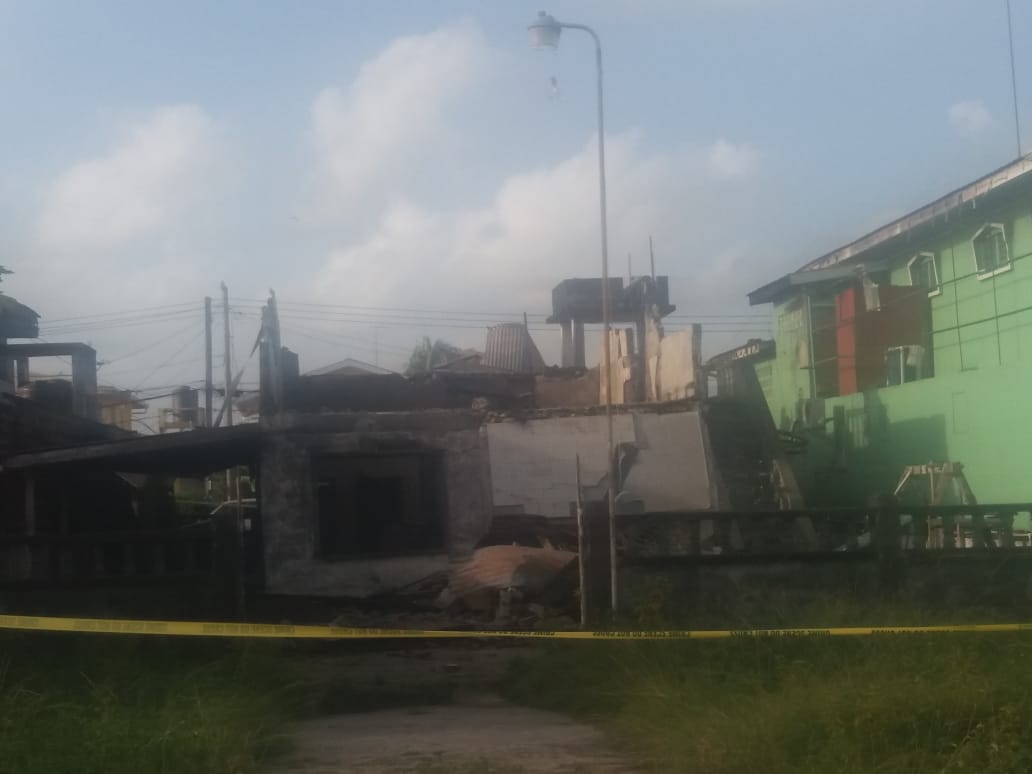 The remains of the gutted house (Prime News photo).

A 65-year old female pensioner was burnt to death by fire early Friday morning at her home in the village of Nonpareil, East Coast Demerara, police said.

The blaze, believed to have been of electrical origin, destroyed the two-flat dwelling at 22 Nonpareil.

Owned by Manzoor Rahaman, the house was insured with Apex Insurance Company.

Investigators were told that electricity supply was restored on Thursday after payments were made by the dead woman’s son Syed Hassan, a businessman of Atlantic Ville.

Fire fighters contained the blaze to the house and then recovered the woman’s burnt body. “The charred remains of the deceased was found on the lower flat of the building, and was later removed by undertakers of Lyken funeral home and taken to the funeral Parlour awaiting post mortem examination,” police said.

Previous: Harmon condemns Jagdeo for accusing President of fraud; calls on him to meet with Granger
Next: South Africa to assist Guyana’s mining sector