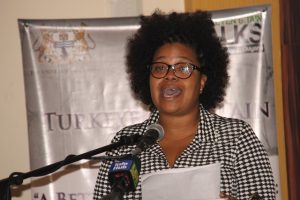 ChildLink Inc; a local child rights organisation, says sexual abuse of children is one of the causes of mental illnesses sometimes leading to suicide- problems that could be curbed only if more is invested in rehabilitation programmes.

The assessment is contained in the ChildLink Abuse Report titled “Crises In The Dark- Child Sexual Abuse in Guyana Today”.

Whaul highlighted that child sexual abuse victims urgently need trauma-focussed therapy and other psycho-social interventions being offered by child advocacy centres. However, in 2017 only 30 percent of 841 children were referred, meaning close to 600 victims might never receive trauma-focussed therapy to heal from the trauma “and are likely to grow into adulthood struggling to suppress their childhood trauma”.

“We can all engage in talks and major promises but until this figure starts to rapidly decline to zero, then our words may mean nothing to those children who fall prey to abuse,” Videtic said in remarks to launch the report.

Whaul recommended the crafting of a national plan, the setting up of child advocacy centres in all 10 administrative regions to provide specialised counselling, enhanced training of prosecutors as well as support from the opposition civil society and other stakeholders for sustained initiatives.

The EU envoy envoy said although Europe has provided more than GY$200 million in grants for children rights, sexual abuse in Guyana was still a major problem as reflected in more than 4,000  cases reported to the Child Care and Protection Agency during 2017. “This is an extremely damning and disturbing figure and we must fearful of the existence of such an alarming statistic”, he said.

Pledging support to the Guyana government, ChildLink and other stakeholders, the EU envoy called for improved medical support for children who have been sexually abused, an end to corporal punishment, extended family support, referral of all cases to child advocacy centres and the implementation of a sex offenders register. “We can all engage in talks and major promises but until this figure starts to rapidly decline to zero, then our words may mean nothing to those children who fall prey to abuse,” he said 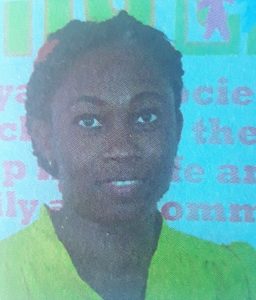 ChildLink Programme Coordinator, Kaeisha Perry estimates that 33,000 of Guyana’s 260,000 children under 15 years are sexually victimised before they become adults. She observed that the reporting of child sexual abuse has increased “drastically” over the years, rising from 574 in 2013 to 841 in 2017, marking a 46 percent increase over the four years.

Perry forecast that, based on current trends, by 2022 more than 1,200 cases of child sexual abuse would be reported to the Child Care and Protection Agency. Already, she said many of such abuse  cases go unreported as for every report, there might be two or three unreported.

“Child Sexual Abuse in our country is a devastating form of violence against our children and without adequate intervention, we can have devastating effects on our nation as a whole,” Perry added.

Perry warned that children, who endure trauma and do not receive any intervention to grow up and overcome their unresolved issues of sexual abuse, can have unresolved issues in their adult life.  “Adults with unresolved trauma can develop unhealthy coping habits, giving rise to the cycle of trauma in our nation,” she added.

ChildLink’s Forensic Interviewer and Counselor, Ms. Whaul noted that  4 of 338 children whose cases were refrered from 2014 to 2018 suffered ruptured uterus as a result of the abuse and needed to be hospitalised and some abuse resulted in pregnancy and childbearing. Other victims contracted HIV, gonorrhea, syphillis and other sexually transmitted infections, she said.

Whaul said school attendance and performance by some victims, who were referred to the Child Advocacy Centres, were affected. She added that the cycle of poverty and poor social and other coping skills were also the effects of sexual abuse. “Children, who are sexually abused and receive no interventions are likely to engage in juvenile delinquent behaviours such as truancy. Therefore, they are stigmatised as failures and bad children when they are really in need of support. Some victims  were forced to move out of their homes to live with other family members or in an institution most commonly if the abuser continued to live with the immediate family after the abuse” she said.

The ChildLink official bemoaned that 82 percent of the perpetrators are family members or persons trusted by the victims instead of strangers. In turn, Whaul said families fall into deeper poverty, homelessness or overcrowded living conditions when the abusers, who bring in money, flee.

The report also states that abused children are at risk of the same form of abuse by multiple perpetrators. “Some children, who participated in the study, reported  being sexually abused by as many as five different perpetrators. The research revealed that children are most vulnerable in places with people where they should be safe.

The ChildLink expert said children’s vulnerability in those cases were compounded by the fact that a children are less likely to report abuse perpetrated by persons close to them. Further, she said family members were likely to protect other family members by not involving or calling the authorities. “Clearly, strangers who might grab a child in a dark alley do not pose that greatest danger to Guyana’s children. Rather, men who they know both inside and ouitside the family are more likely to sexually abuse them,” she added.

ChildLink hailed progress in punishing sexual offenders since the Sexual Offences Court was launched in 2017, saying there was an 80 percent successful prosecution rate.

“The children of Guyana are fed up and disgusted with us, as adults, who are in the position of trust. If we are not held accountable as professionals, then our children will continue to be vulnerable. Often, we are the only hope that children have after they were not believed by their families and our approach to the case can either give the child  hope and pave the path of justice and healing or it can add to the destruction of that child,” Whaul added.