Teachers back to work from Monday; govt, union to decide on arbitration panel 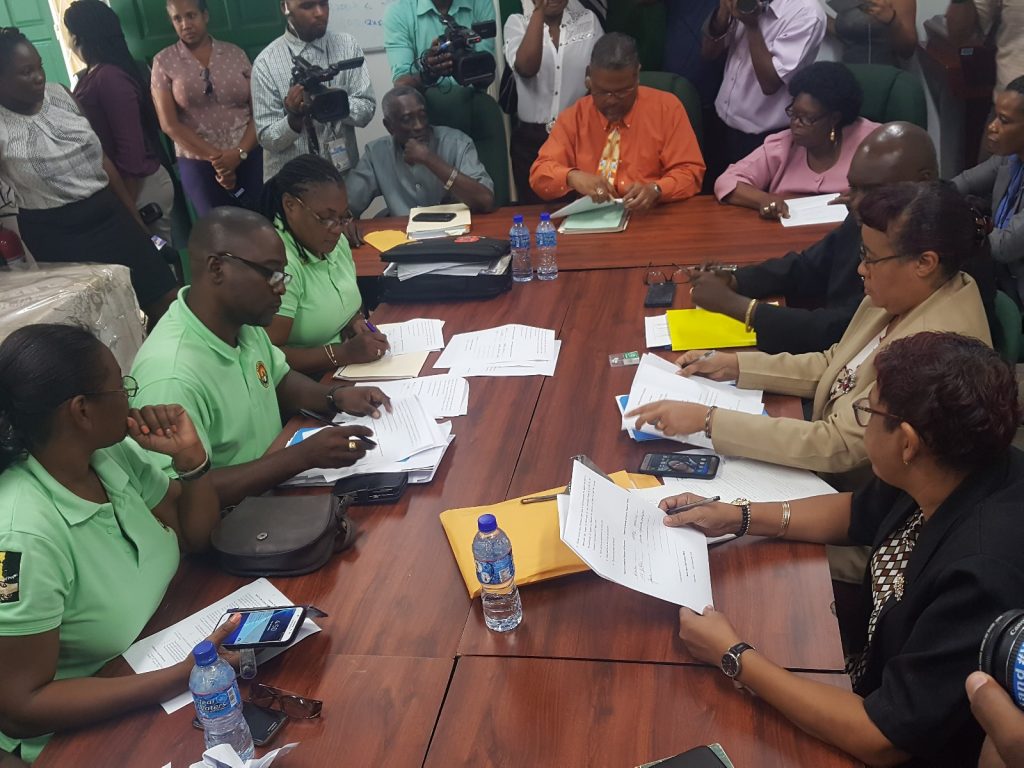 Representatives of the Guyana Teachers Union (left), Department of Labour (centre) and the Ministry of Education (right) signing the terms of resumption to provide for arbitration and the calling off of the two-week old strike by teachers.

Government representatives and the Guyana Teachers Union (GTU) will next week meet to select the arbitration panel and decide on the terms of reference for an arbitration panel, now that the strike by educators has been called off immediately.

The terms of resumption signed provide for the teachers to resume duty officially on Monday 10th September, 2018 at 9 AM and by Tuesday representatives of the Ministry of Education, GTU, and the Ministry of Social Protection’s Department of Labour will meet to begin arrangements for arbitration.

GTU President, Mark Lyte told reporters that his organisation would be pushing for a multi-year agreement  at arbitration. To more than 100 cheering teachers outside the Department of Labour, he declared victory by the union in its quest to take the long-running dispute for increased salaries and allowances to arbitration.

He made it clear that the GTU would no longer have a role in settling the dispute and the decision by the panel would be binding on both sides.

The GTU President said the terms of reference provide for no loss of pay or loss of seniority by the thousands of teachers who were on strike from August 27 to September 6, 2018. 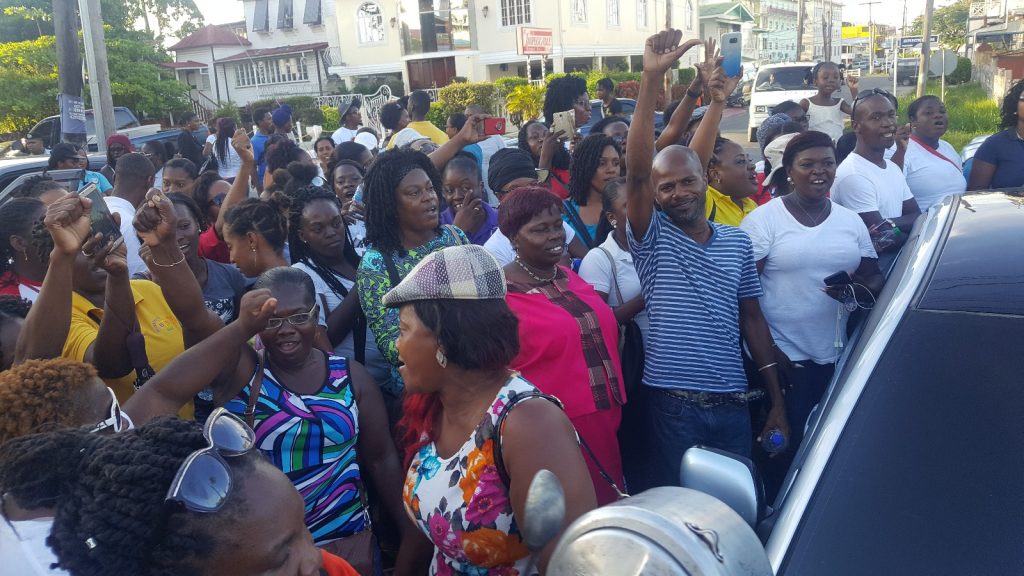 Jubilant teachers during a meeting with union leaders shortly after they decided to go arbitration and called off the strike,

“We have agreed to terms of reference. Most important, no teacher who was part of the strike will lose pay,” he said to loud applause.

On Wednesday, the GTU President told Demerara Waves that his union had already mobilised a battery of economists and accountants to prepare to make out a solid case at arbitration.

While government has offered a ball-park GY$700 million for salaries for 2018 and GY$200 million to adjust some salary scaled, the government has said it could not afford to pay 40 percent for 2016 and five percent annually from 20917 to 2020.

President David Granger has also said that his administration was not interested in a retroactive multi-year agreement, but instead an accord from 2018 and beyond.

The strike peaked on Wednesday when as much as 6,000 abandoned their classrooms and took to the streets in various parts of the country to demand arbitration due to a loss of faith in mediators from the Department of Labour. Alternatively, the union had also signaled that it was willing to return to the bargaining table with the President or  his representatives.