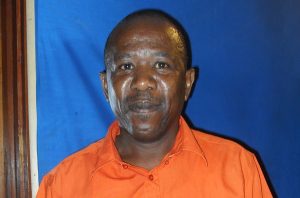 As a strike by government-employed teachers dragged into its second week, former President of the Guyana Teachers’ Union (GTU), Colwyn King believes the time has come for formal provision to be made for the involvement of the Finance Ministry in negotiations for increased salaries and allowances.

“That old, antiquated sort of agreement should go out the door and you should have those persons who can make decisions on finance sit in those discussions. The PS (Permanent Secretary) cannot make decisions on finances; she is just a tool, a repeater. a copycat,” King told Demerara Waves Online News.  In apparent reference to President David Granger’s establishment of a joint task force in November 2017 to address the pay dispute, King said such situation was “frustrating” and “stalling”.

However, the union’s Vice President Leslyn Collins declined to offer her views  on whether the agreement should be changed from just including the Permanent Secretary of the Ministry of Education who would then report to the Minister who in turn reports to Cabinet.

The former GTU President believed there was scope for “meaningful reasoning” that could result in an acceptable offer below the 40 percent for 2016 that is being demanded by the teachers.  “Being the last resort, I still believe there is time for talking. Things can happen. If the Ministry comes with a meaningful package, I think the union’s position at forty percent for 2016 can be meaningfully altered,” he said.  He also chided Junior Minister, Keith Scott’s intervention and utterance for making unhelpful pronouncements that have since seen the union hardening its stance for arbitration instead of negotiations or mediation. Scott earlier Tuesday publicly apologised for last weekend labeling the teachers as “selfish and uncaring”.

In clear reference to Scott calling on the GTU to accept government’s salary offer of GY$700 million for 2018 and GY$200 million to adjust some salary scales, the former union president flayed the minister for botching the industrial relations process. “When the Minister of Labour is going to make such a pronouncement, he is disqualifying not himself but the entire ministry from adjudicating in such a matter,” he said.

King hoped that retired teacher, Amna Ally and former GTU executive member, John Adams, who are both officials of the current government, could help resolve the dispute in a “very short time”.

Meanwhile, Vice President Collins said more teachers abandoned their classrooms especially in Regions Two (Pomeroon-Supenaam) and Three (West Demerara-Essequibo Islands) as well as Linden. She estimated that about 500 teachers were off the job and many more schools closed their doors.  “From all indications, we are in it for the long haul. The teachers seem to be supporting and as the days go by the numbers are increasing in certain areas,” she said.

Across in Berbice, the union used Tuesday, as a ‘rest day’ to intensify mobilisation of teachers to come out on the streets in larger numbers.  Protests are planned for the Departments of Education in Regions Five and Six.

Collins said so far the GTU has received “no word” about the union’s request for arbitration.  Concerning the quality of persons being deployed through the Ministry of Education’s contingency plan, she remarked that managing classrooms is not an easy task especially for young trainee teachers with no experience and  could not teach certain subjects.

“The real big issue is getting the teachers back in the classroom where they belong,” Collins said.

Demerara Waves Online News was reliably informed that in some instances persons, who are known to be employed as cleaners, have been sent to a number of schools with clear instructions not to teach or mark register but maintain order.

The GTU called a strike on August 27, the pre-term week, to pressure government to pay a 40 percent hike for 2016 and five percent annually from 2017 to 2020. President Granger has since reiterated that the mediation process has not been exhausted and that his government was not in favour of going back to 2016 but negotiating a multi-year agreement going forward.