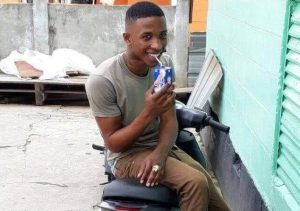 Sources have identified the policeman as Ryan Persaud.

At the time of the accident at 11:40 Saturday night on Nelson Mandela Public Road in the vicinity of Back Circle,East Ruimveldt, Persaud was driving a Guyana Police Force minibus, PVV4652.

He was driving east along the northern carriageway of Mandela Avenue when Anthony was proceeding in the opposite direction on motorcycle CJ 511.

Investigators were told that suddenly Anthony turned north into the path of the minibus in an attempt to cross into Back Circle Street but because of the short distance, the bus collided with the motorcycle.

“As a result of the impact the cyclist fell onto the roadway and sustained injuries about his body; he was rushed to the Georgetown Public Hospital in an unconscious state where he succumbed to his injuries whilst receiving medical attention.

An autopsy would be performed.