Pressure on Friday intensified on the David Granger-led administration to give conditional direct cash transfers of some oil earn revenues to very poor Guyanese, against the background of him already dismissing the idea because there is no evidence.

The African Cultural and Development Association (ACDA), widely believed to be somewhat sympathetic to  Granger’s People’s National Congress Reform (PNCR) political party, is the latest to call on government to support Economics Professor, Clive Thomas’ suggestion that about US$5,000 be given to poor households each year.

“ACDA fully supports the recent proposal of Professor Clive Thomas for the Government to make cash transfers from the revenues it will garner from oil and gas to poor Guyanese households. This will certainly be one way that President Granger and his Government can demonstrate that an effort is being made to reverse some of the economic disadvantages that plague our communities each day,” ACDA said in a statement.

The Working People’s Alliance (WPA), of which Thomas is an executive member, Economics Professor Tarron

Khemraj and Financial Analyst Sasenarine Singh have all come out in support of giving some money each year from oil revenues to poor households. For his part, President Granger has said there was “no evidential basis” for direct cash transfers. ““I have not considered that proposal, it is outside of the recommendations of the Sovereign Wealth Fund, the Natural Resources Fund and I don’t know that there is a precedent for it,” he has said. Finance Minister Winston Jordan and American Ambassador Perry Holloway seemed lukewarm to the idea, instead saying that the monies could be spent on health, education and infrastructure rather than putting cash in people’s hands.

ACDA seized segments of President David Granger’s recent Emancipation Eve speech at Beterverwagting, East Coast Demerara in which he pointed out that African Guyanese are economically disadvantaged because they always want a ‘raise’ ( a small financial assistance) to make the point that the cash transfer would go a long way. 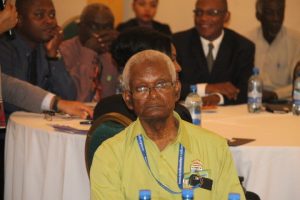 “Our work in our communities has shown us that in most of those instances the request for a raise is to pay for a bus fare to get home or to cook a pot for a household. Things are dread in most African-Guyanese households,” said ACDA.

Professor Thomas has explained that the cash transfers should not be more than five percent of net annual revenues and should target households in which children are not attending school or the families need to improve their nutrition. Professor Khemraj, mindful of the adverse impact such disbursements might have on the job-market, has said government needs to emphasise training and education for high-end jobs. Singh wants the payouts to be limited to US$90 million annually and only given to those on the tax and social security registers.

Meanwhile, ACDA  called on government to scrap income tax from personal incomes and lower corporate tax rates to “competitive levels” within five years of beginning to receive oil revenues “as a means of encouraging work and industry.”

ACDA also urged President Granger and his government to consider ceasing the allocation of all oil concessions to foreign companies and instead begin to grant these concessions to local Guyanese thereby ensuring that Guyanese are given the opportunity as well to share in the benefits and patrimony of this emerging oil sector.

“ACDA is prepared to pursue the mobilization of resources both at home and in the diaspora for investment in the sector,” the more than 25-year old organisation said.

“ACDA claims this opportunity as a right that is just especially since the bodies of thousands of our Ancestors lie at the bottom of the oceans of the world a crime that has been described by the United Nations as “the greatest crime against humanity. The Atlantic Ocean is one of the Oceans in which the Guyana oil concessions now occur.”

ExxonMobil, which has been granted a huge section of the Stabroek Block offshore Guyana, has said that its proprietary technology has been responsible for the discovery of 4 billion barrels of oil equivalent from 2015 to 2018.