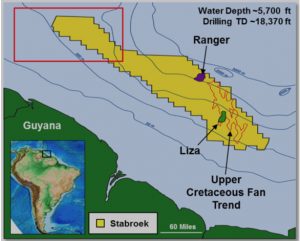 ExxonMobil runs a very tight cyber security regime, including a ban on the use of USB ports, to minimise breaches that can potentially lead to an attack on its pipelines and other production facilities, the company’s Chief Executive Officer, Darren Woods official said Wednesday.

Responding to a question from the floor at the company’s shareholders’ meeting in the United States about the protection of domestic infrastructure assets including production and pipeline , Woods said his corporation has recognised that threat very early and has since mitigated that risk by isolating the Internet from its core operations.

“We have made sure that we have separated the critical process control computing systems for our plants and operations from the broader Internet systems that are out there so that we limit the ability for attacks to penetrate into our processing and operating computing systems and we have been very, very successful with that,” he said.

The announcement comes at a time when Guyana and ExxonMobil are holding talks about running pipeline from the Liza well to the Mahaica coast to transport natural gas.

As part of the very substantial programme to check for viruses and harden the system, the ExxonMobil official said virtually all employees are banned from using USB ports and personal email addresses on the company’s computers.

“As an example, we don’t allow any of our employees to use USB ports because one of the common things in our industry for viruses to get into computers are through these USBs- somebody finds a USB and places it into a computer so, as a way to mitigate that, we kinda shut that off from the majority of our computers,” he said.

Employees, he said, are tested on how to respond to an attacks and so far, ExxonMobil has recorded the lowest failure rate.

Minister of Public Infrastructure, David Patterson has said that ExxonMobil would be landing a natural gas pipeline at an East Coast Demerara village to bring the gas ashore for use by the Guyana Power and Light to produce cheap electricity.

Patterson has been quoted by government’s Department of Public Information as saying that natural gas and liquid petroleum plants will be constructed on 20 to 25 acres of an allocated area of 475 acres.

On Tuesday, during Court of Appeal hearings, lawyers for activist Ramon Gaskin raised concerns about liability by Hess and Nexen- two partners with ExxonMobil in the Guyana offshore basin- should an accident result in environmental pollution in Caribbean islands.