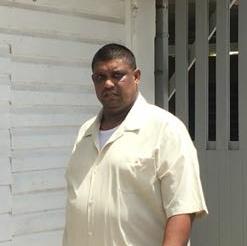 A well-known Berbice fisherman, who is already facing two armed robbery charges, was Wednesday arraigned for the murder of a Guyanese fisherman off the coast of Suriname late last month.

Guyana’s Anti-Piracy Act allows for persons to be charged and prosecuted for such related offences they are accused of committing in other countries.

He was charged with the murder of Tiliknauth “Caiman” Mohabir who was one of the 20 fishermen in four boats that were attacked nearer Suriname’s border with French Guiana between April 26 and May 3, 2018.

He was not required to plea to the indictable charge and was remanded to prison until his next court appearance on June 13, 2018.

Berbice Divisional Commander, Assistant Commissioner Lyndon Alves confirmed that Manohar was charged as a result of joint investigations by Guyanese and Surinamese police.

He is expected to be charged with a second count of murder in the coming days.

Manohar was also further remanded on two previous charges of robberies he allegedly committed in 2015 and 2016.

Guyanese and Surinamese police have already said they believed that the piracy attack was in retaliation for the drive-by shooting death of Fyah’s brother, Somnauth Manohar, on March 30, 2018.