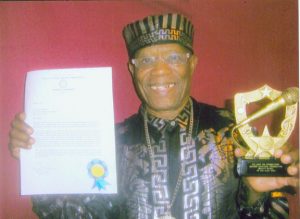 Rebel, whose real name was Geofrey Phillips, was 72 years old.

His grandson, also named Geofrey Phillips, confirmed that the one time controversial singer passed away at about 6 AM at the Georgetown Public Hospital. The younger Phillips said he and his grandfather were “very close” and he would always remember him as some who “like to make jokes”.  “He was a jolly person”

His daughter, Raelene Phillips, praised her dad for writing a number of her songs for junior calypso competitions, his school outreaches and writing songs for students across Guyana. “He has made a mark. I remember his being a very nice man and his contribution to the art form,” she told Demerara Waves Online News.

Rebel suffered a stroke about one year ago and never recovered, causing him to remain at his Goed Intent, West Bank Demerara home for most of the time.

The veteran musician is best remembered for a number of thought-provoking and tantalising calypsoes about several of Guyana’s presidents. They include “Is we put you deh” in 2007 about then President Bharrat Jagdeo; “Desi yah wrong” in 1993 against former President Desmond Hoyte;  and a  number of failed projects under the Jagdeo administration in 2001 with his social commentary “Ask the President”.