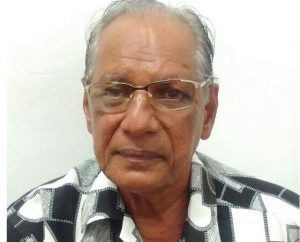 The 71-year old Guyanese man, who was caught with cocaine in Grenada, was Thursday fined.

Magistrate Tamera Gill fined Haniff Bacchus 50,000 Eastern Caribbean dollars to be paid immediately. If he fails to do so, he would have to serve three years imprisonment.

The magistrate took into consideration Bacchus’ age, medical condition and the fact that he pleaded guilty and so saved the court’s time.

The former construction worker last week pleaded guilty to being in possession of seven pounds of cocaine.

Packages of the narcotic were found stashed in a compartment of his wheelchair at Grenada’s Maurice Bishop International Airport earlier this month while he was an route to the United States.