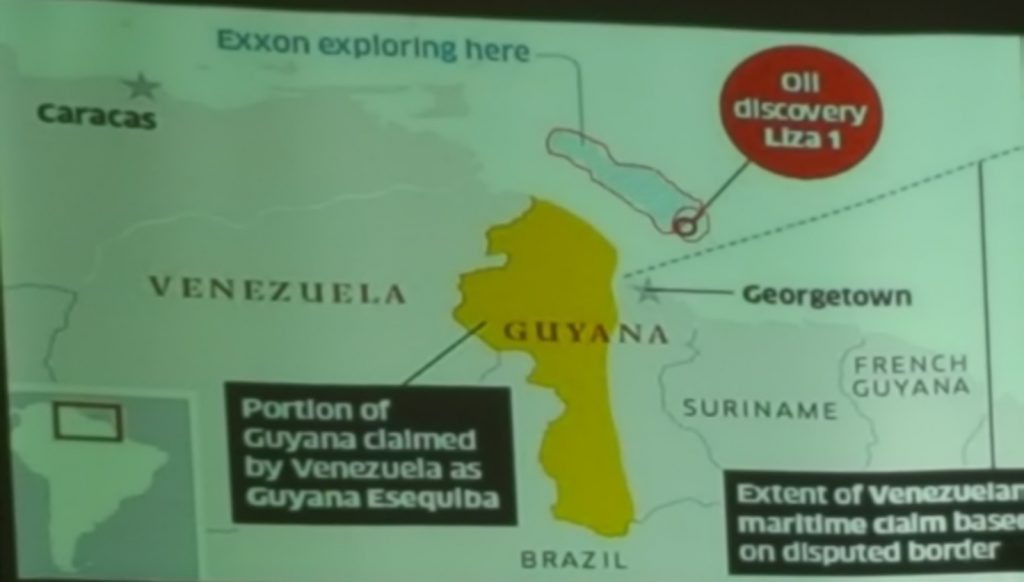 Guyana wants to meet with a number of sister Caribbean Community (Caricom) member states to discuss the impact and response to any oil spill here on those island nations, even as concerns have been raised about the legal liability of wide-scale pollution should such an incident occur, officials said Thursday.

A  legal expert, who requested anonymity, told Demerara Waves Online News that Guyana, as a shareholder, and the partner companies under the umbrella of Esso Exploration and Production Guyana Limited would have to share responsibility if there such an incident.  “All parties would be responsible. The government of Guyana is a 50% shareholder and in international public and private law, the Guyana government, ExxonMobil, Hess and China National Offshore Oil Corporation (CNOCC)- Nexen would be responsible jointly and severally,” said the expert who is knowledgeable about the global hydrocarbon sector.

Attorney-at-Law, Melinda Janki, who has worked with British Petroleum, said Guyana’s earnings from the ExxonMobil deal would be reduced if there is a well blow-out because of liabilities to several Caribbean islands. “If ther is a well blow-out who do you think will get the bill?” She referred to an Environmental Impact Assessment that states that the “oil is unlikely to reach Guyana’s shores”. “The wind will take it north and west. That means it will go to the Caribbean islands. That means Guyana will be liable under international law for trans-boundary pollution. International law states that States must ensure activities in their jurisdiction do not cause harm to the environments of other States so Guyana will have trans-boundary liability,” she told a public forum Wednesday night at Moray House.

She said the company’s oil spill scenario from a well blow-out or tanker spill caters for a spill of 20,000 barrels per day for 60 days- 25.2 billion gallons, but the environmental impact would not be long and it would be reversible.

Guyana is part of the southern cone of states,  which includes Grenada, and Trinidad and Tobago, under the Caribbean Disaster Emergency Management Agency (CDEMA) that collaborate to respond to hazards.

Minister of State, Joseph Harmon  told a post-cabinet news conference on Thursday that Guyana is a party to international agreements and the International Law of the Sea. “Our oil-spill disaster preparedness plan also takes into consideration where the oil can actually flow if there is a spill,” he said.

He added that Guyana’s membership of CDEMA would allow the country to to tap into the best expertise and advice through that regional agency, in addition to local preparations. “The preparations by our Civil Defence Commission and by the oil companies here in Guyana is basically putt us in a situation where, in the unlikely event of a spill, that we’ll have proper procedures in place to deal with that,” Harmon added.

United States oil giant, ExxonMobil, is expected to begin commercial oil production from the Liza well located about 123 miles off the coast of Mahaica, East Coast Demerara. Attorney-at-Law Janki said that from Liza One alone, the company would be dumping an estimated 4,000 barrels (1.4 billion gallons) of treated sewage into Guyana’s ocean each day.