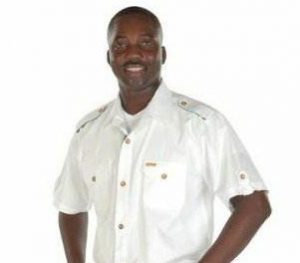 One of the men, who was shot dead by police on the Georgetown Seawall, did not have a criminal past, contrary to earlier claims by the Guyana Police Force, Crime Chief, Paul Williams said.

In releasing the identities of one of the men, police said late Thursday that Kwame Assanah of Buxton, East Coast Demerara  was  previously arrested in connection with several offences.

However, Assistant Commissioner Williams was adamant that at no time on Friday did the Criminal Investigations Department find any information in its database that Assanah had been held by police.

“When I ran the database, there was nothing that the man was previously involved or had any conviction…It was clear that there was nothing about the man,” Williams told Demerara Waves Online News, moments after meeting with Assanah’s family members.

Relatives and associates told Demerara Waves Online News that Assanah was at one time enlisted in the Guyana Defence Force, and quite recently had sought employment at COURTS. As part of the application process, he had reportedly secured a police clearance.

Demerara Waves Online News was also told that occasionally, Assanah had worked as a taxi driver.

The Guyana Police Force said lawmen, travelling in an unmarked vehicle, trailed the suspects who were following a customer from Scotiabank, Robb Street. Police added that as the customer parked on the seawall road, the suspects moved in. However, the policemen intercepted the suspects and during an exchange of gunfire, they were shot dead.