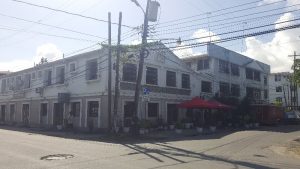 The owner of the popular WaterChris Hotel and Restaurant, Gregory ‘Peppers’ Christiani.

He succumbed at a city hospital early Saturday morning, hours after he suffered a brain aneurysm.

After he was found helpless in his office at about 3 PM Friday, he was taken to a hospital.

Christiani’s enterprise ascended to prominence by catering for several major airlines operating out of the Cheddi Jagan International Airport in the 1980s and 1990s. WaterChris also catered for touring international cricket teams and major regional and international conferences that were held in Guyana up to the mid 2000s.

The restaurant was well-known for attracting people who engaged in stimulating conversations about Guyana’s political landscape.

In recent years, the business suffered a major decline.