Government has decided to revise its model Production Sharing Agreement (PSA) with oil companies now that Guyana’s  offshore basin is less risky, and already one oil and gas expert is touting a rate of return model backed up by Guyana’s participation in a state oil company to serve as a watchdog against skulduggery.

Attorney-at-Law, Charles Ramson, who this year emerged as best graduating student with a Masters of Science (Msc) in Oil and Gas Enterprise Management at the University of Aberdeen in the United Kingdom, recommended that Guyana adopt the Rate of Return formula in a new PSA template.

Called the “R Factor”, he said the Rate of Return model is predictable and more transparent. “It provides  a little bit more certainty with movement of price so the rate of return version is a little bit more complicated…This helps more when there is movement on commodity price, you are able to get your fair share of economic rent; economic rent is anything which is over and above the cost of production,” said Ramson whose dissertation on Sovereign Wealth Fund has been nominated for a National UK Award.

He further recommended that Guyana, through a state oil company, should have a stake in any PSA model to earn its share of profits and participate in decision-making to guard against irregularities.

Guyana’s current PSA formula provides for a 75 percent cost oil and 25 percent profit oil share, a model that Ramson disagrees with because it allows for oil companies to inflate their costs which would result in Guyana getting less profits.

“Where the big loophole is in Production Sharing Agreements is something called gold-plating and transfer pricing so gold-plating is where the cost of production – that falls under cost oil- is inflated thereby reducing the total profit oil,” said Ramson, a Chevening scholar. He added that transfer pricing is when the operator sells goods and services between subsidiaries that it controls and those prices are inflated above the cost of procurement.

In announcing plans to revise the PSA template because the Guyana basin has been de-risked, Finance Minister Winston Jordan told the National Assembly in his 2018 Budget speech that the new formula would take into account

“Mr. Speaker, in light of these discoveries, we also anticipate significant interest in exploring the unallocated blocs of our derisked, off-shore basins. As such, it is imperative that we safeguard the rights of our nation to a fair share of resource wealth. To do so, we must revise the existing template of the Production Sharing Agreement (PSA) to be more accommodating to changing commodity prices while maintaining a level of progressivity that is responsive to profitability,” Jordan said.

Ramson said “it’s absolutely necessary for us to revise our PSAs so we are in agreement there”, since Guyana signed an agreement with ExxonMobil in 1999 and the discovery of commercially viable reserves in May, 2015. The opposition People’s Progressive Party (PPP) member, however, took objection to what appears to be a plan by government to exclude his party from talks on revising the PSA template. He noted that the Finance Minister said all activities are being conducted by the recently established Inter-Ministerial Technical Committee on petroleum which is coordinating capacity building and interactions with the industry.

“The method where we have a total disagreement is that they are almost isolating the entire process in the form of secrecy where they are not releasing information about the contracts but also the process by which they move forward where we (PPP) have no involvement at all,” said the former PPP parliamentarian. The proposed Petroleum Commission Bill provides for the opposition to be represented.

Director of the Guyana Oil and Gas Association (GOGA), Nigel Hughes  described the decision announced by 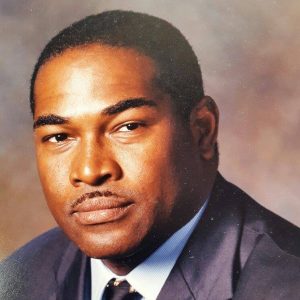 Finance Minister, Winston Jordan in his 2018 budget speech as a “good beginning” and a “step in the right direction”. “The Production Sharing Agreement that we have now came out of an era that has long passed and it reflects its age and inappropriateness for the current environment and is clearly inadequate,” Hughes told Demerara Waves Online News

Hughes hoped that government would tap into local and foreign persons with the right skills as part of a broad-based approach that is not merely confined to the government.

The GOGA official said a revision of the Production Sharing Agreement could not be a ‘one-off approach’ but one that takes into consideration upstream oil, provision of goods and services and long-term plans. “Otherwise, it would be just a decision that is stuck in the middle of no overall conceptual framework,” Hughes added.